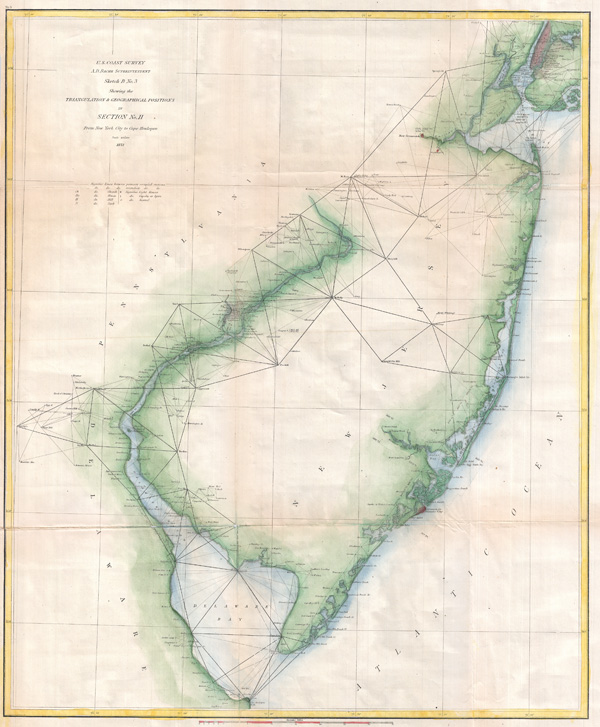 An exceptional example of the 1873 U.S. Coast Survey's progress nautical chart for New Jersey and the Delaware Bay. Covers the coast line from New York City south through New Jersey to Cape Henlopen, and from the Delaware Bay north, along the Delaware River, as far as Trenton. Includes New York City, Atlantic City, and Philadelphia. Shows triangulation points throughout the regions as well as all major islands, rivers, and inlets. Lighthouses, ports, cities, beaches, and other sites noted. Prepared under the supervision of A. D. Bache and Benjamin Peirce for the 1873 Superintendent's Report.