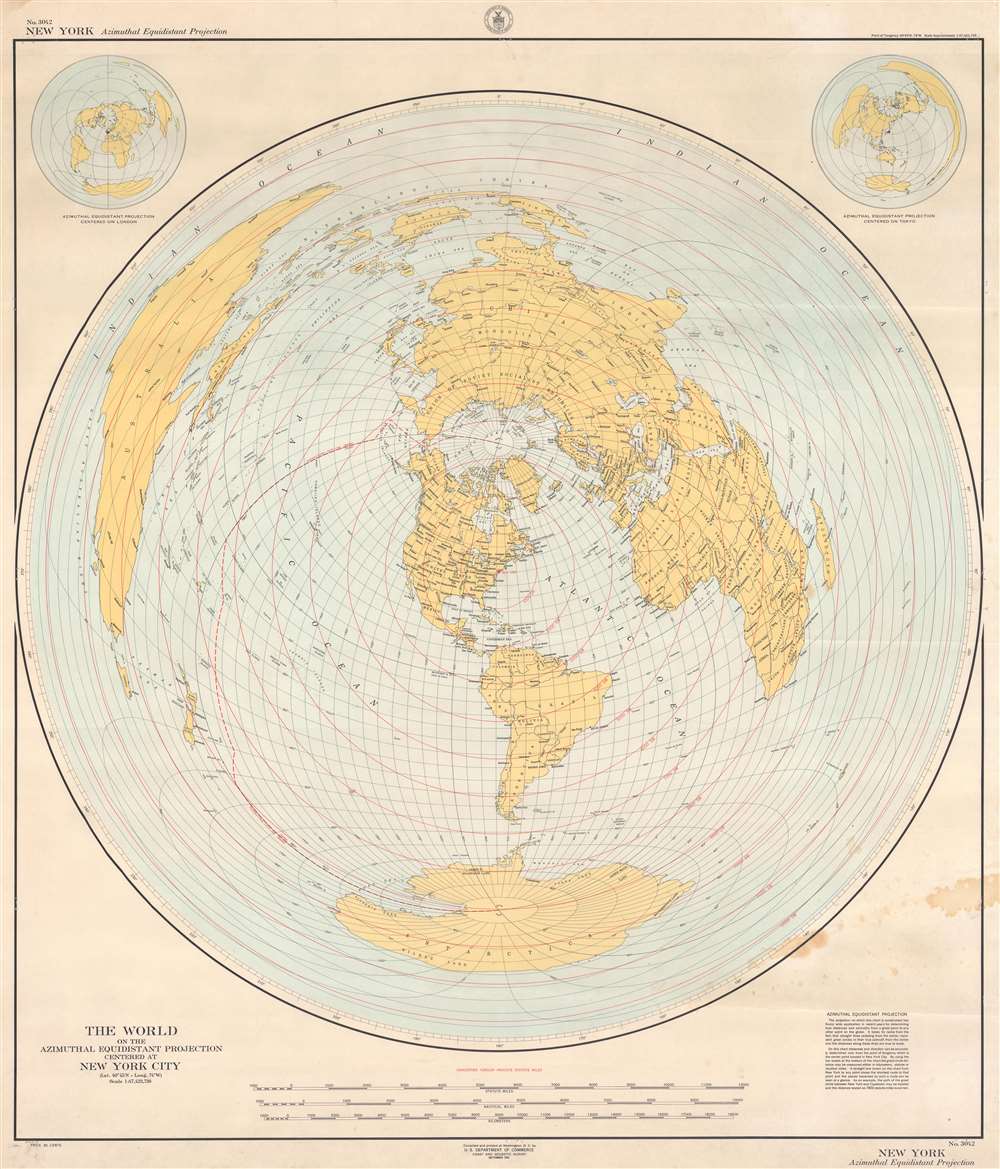 New York City at the center of the world.

This is a 1951 U.S. Coast and Geodetic Survey map of the world with New York City at its literal center. The map employs an azimuthal equidistant projection to accurately depict direct aviation 'great circle' routes from New York City to anywhere else in the world. Concentric red circles mark distances of 1,000 statute miles from New York City. The map provides an example of how this works, 'the path of the great circle between New York and Cape Town may be located and the distance scaled as 7,802 statute miles is correct'. Smaller maps situated in the upper left and right present the world using the same projection with different cities at the center: London and Tokyo.