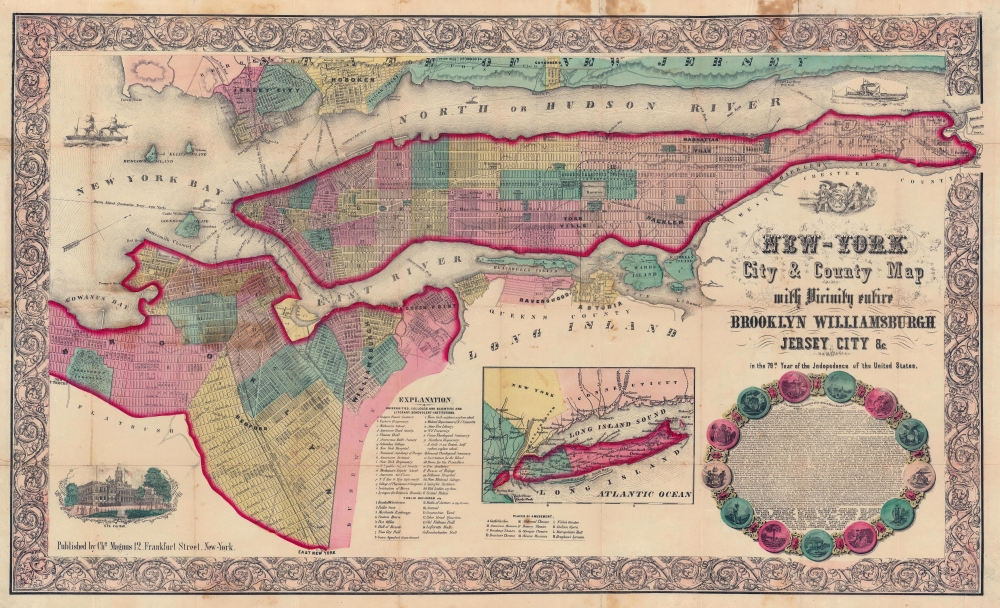 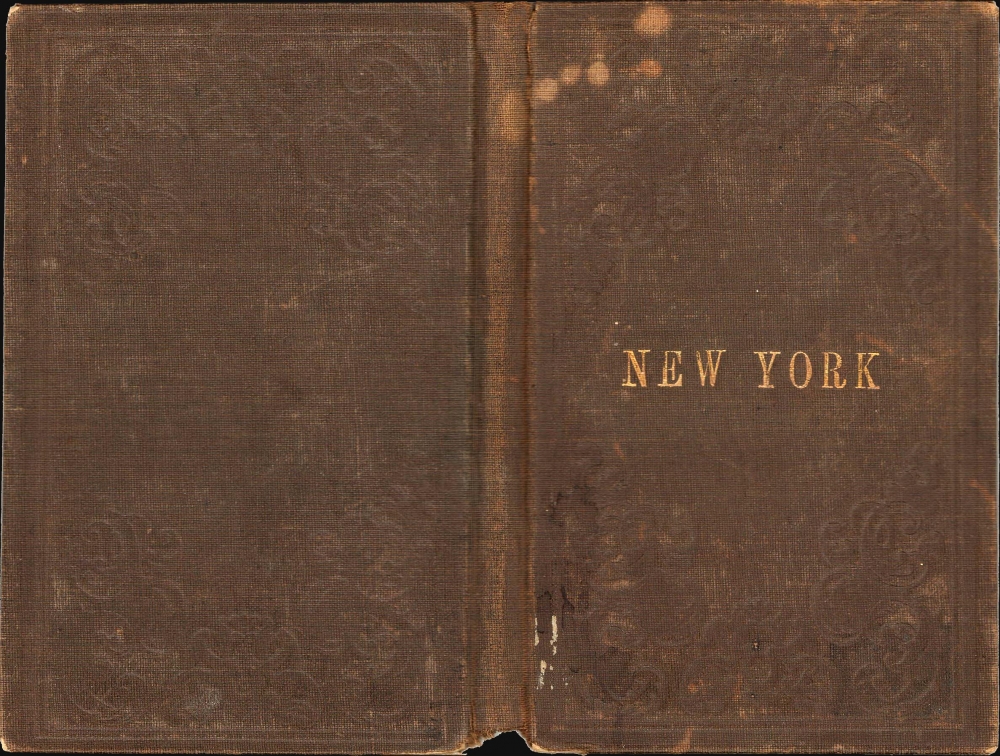 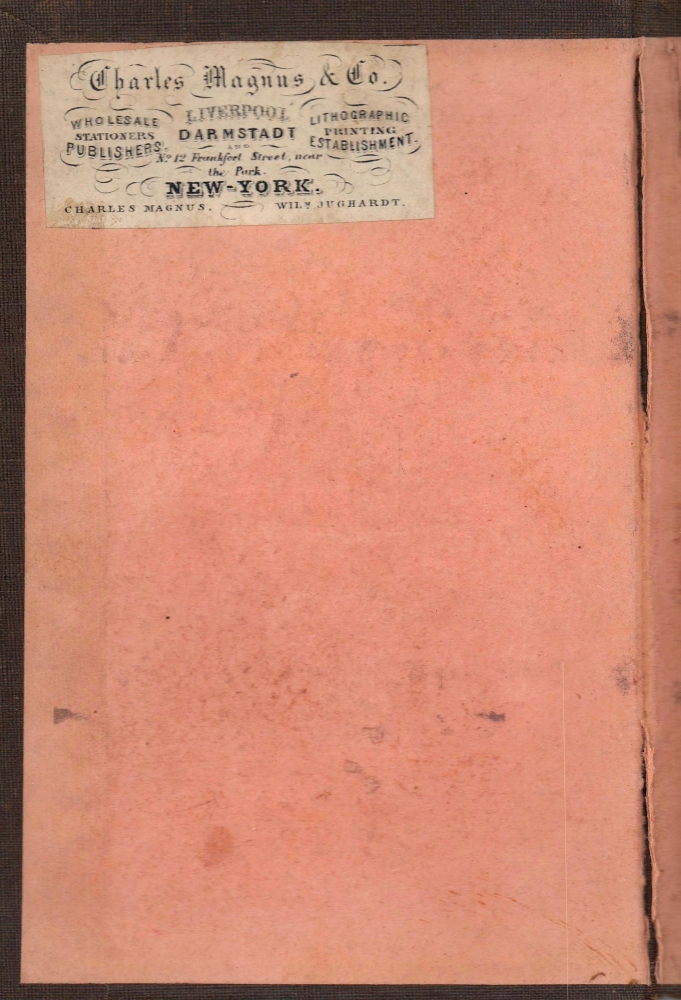 One of the most decorative 19th century maps of New York City - here with original full color.
$3,000.00

The rare full color edition of Charles Magnus' s extraordinary 1855 broadside map of New York City issued to commemorate the signing of the Declaration of Independence. This is one of the finest and most visually striking maps of New York City to appear in the 19th century. Moreover, the present example is only the 2nd full original color example of this map we have seen.

The map depicts the entirety of Manhattan as well as most of Brooklyn, Bedford-Stuyvesant, Williamsburg, Greenpoint, Queens, Ravenswood, Astoria, Jersey City, and Hoboken. An inset map at the bottom center details Long Island. The whole is rendered in detail with special attention given to individual streets, blocks, parks, and important buildings. The map reveals the early growth of Hunters Point, or Long Island City in Queens. Important ferry crossings, canals, and railroads are also included. In Hoboken, Jersey City, and Long Island City, several planned landfills are indicated. Also in Hoboken, we see the Elysian Fields, a park expanse along the Hudson River that claims have hosted the world's first baseball game.

In Manhattan, the map identifies various districts including Manhattanville, Yorkville, and Harlem. Central Park has yet to manifest and although the grid structure above 155th street is ghosted in, it was not yet formally approved. Where Columbia University stands today, this map shows the location of the New York Lunatic Asylum. At the bottom center of the map an alphanumerically keyed legend notes 'Universities, Colleges and Scientific and Literary, Benevolent-Institutions,' 'Public Buildings', and 'Places of Amusement.' In the lower left, there is an inset engraved depiction of New York's City Hall. Steam ships are shown navigating the Hudson River in both the upper right and upper left quadrants.

In the lower right an elaborate medallion features the full text of the Declaration of Independence as well as sigils representing each of the original 13 colonies. A bright blue pastedown, unique to this example, declares the purpose of this map, to commemorate the 79th Year of the Independence of these United States. The whole is surrounding by a large an attractive acanthus leaf motif border.

This map was issued in lithograph in 1855 by the New York publisher Charles Magnus. Most examples are broadsheets, in black and white, intended for framing. At the same time, a very few examples were issued as folding pocket maps, as here. These few were elaborated with a full hand-color treatment, as here. While we have seen and handled other examples of the uncolored broadside, this is only the second example we have seen of this, full color issue (the other one having passed through our hands about 5 years previous). It is unfortunately impossible to identify if examples held in some institutional collections are uncolored broadsides or colored pocket maps, as most are poorly cataloged and not digitized. It is nonetheless of extreme rarity on the market in any state, but particularly this full color issue.

Very good. Comes with original binder. Map has been backed on archival tissue. There were a few older repairs on the verso, which causes some slight discoloration on the recto (apparent as brown spots). We have reversed and redone these repairs with archival materials. Original old color.