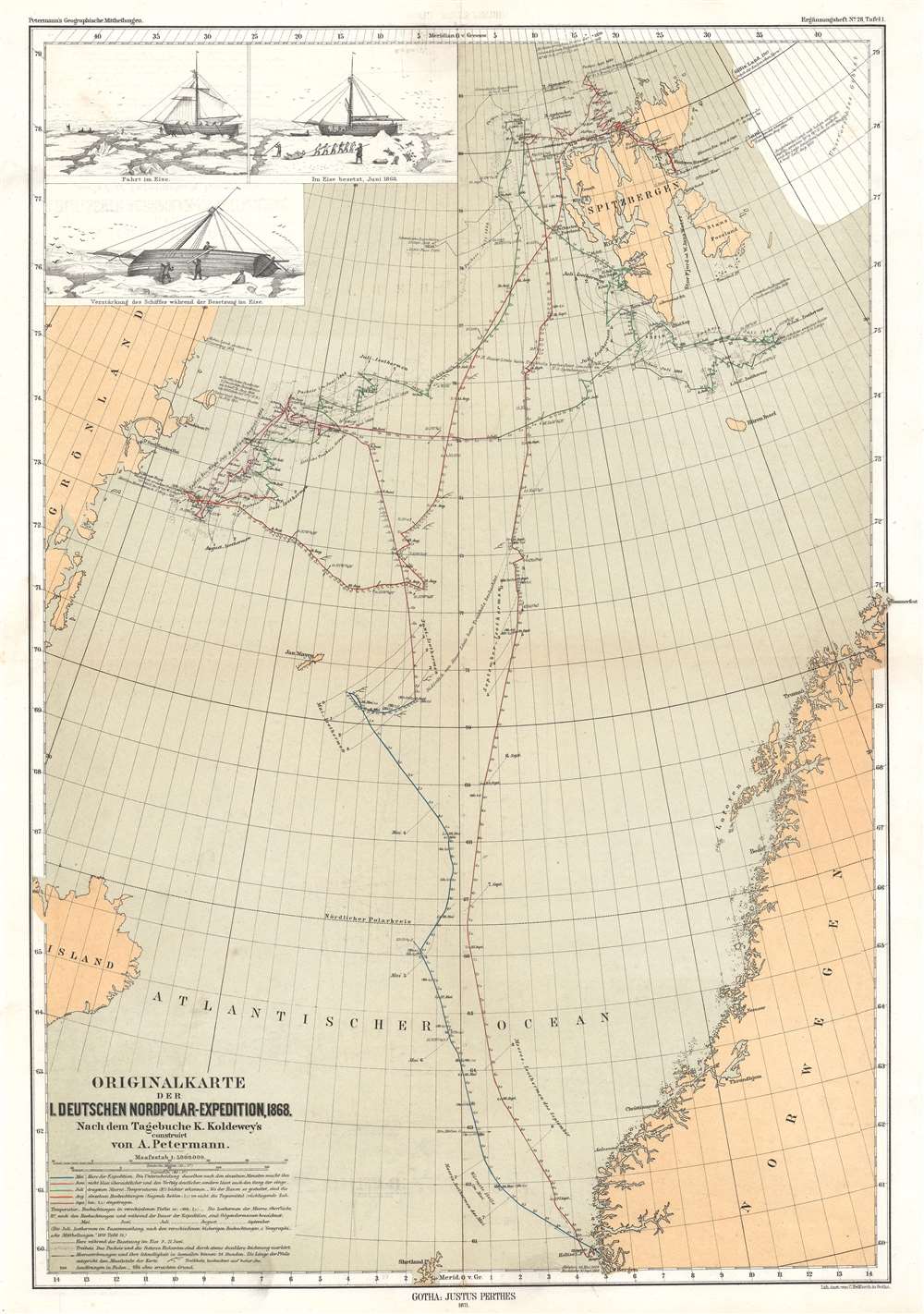 This is an 1871 Augustus Petermann map of Svalbard and the Arctic Ocean. Illustrating the 1868 First German North Polar Expedition, the map depicts the region from Svalbard south to the Shetland Islands and from Iceland and Greenland to Norway. The expedition's track is highlighted using different colors to differentiate between months. The crew recorded water temperature readings every four hours, dated along the expedition's course. Part of the September 1868 Swedish Expedition in the area is also traced. Three views situated in the upper left depict one of the major hazards of polar exploration in the 19th century: getting stuck in sea ice. Ships at that time were made of wood, and the expedition's leader, Carl Koldewey (1837 - 1908), had their vessel reinforced before setting out, likely with this scenario in mind.

This map was created by Augustus Petermann and published by Justus Perthes in the 1871 Die Erste Deutsche Nordpolar-Expedition im Jahre 1868. The book is well represented in institutional collections. Three examples of the separate map are cataloged in OCLC and are part of the institutional collections at The British Library, the Bibliothèque nationale de France, and the Bayerische Staatsbibliothek.