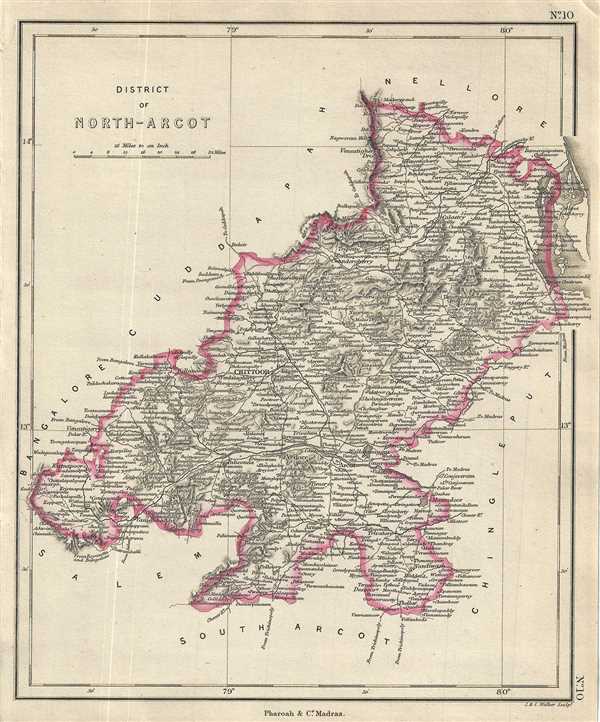 Map of the North-Arcot district notes the town of Tirupati, one of the holiest sites in the Hindu religion.
$250.00

This is an 1854 map of the district of North Arcot in Tamil Nadu, India. Issued by Pharoah and Company, it covers from Vandavasi north to Mettu and the Swarnamukhi River in the modern day state of Andhra Pradesh. Includes important towns, roads, lakes, rivers and topography. Includes Tiruvannamalai, Vellore, Chitoor and Tirupati.

Part of the Madras Presidency during British Raj, the region in home to the famous religious sites of Tiruvannamalai and Tirupati, the later considered one of the most important pilgrimage sites in the Hindu religion because of the Tirumala Venkateswara Temple.

This map was engraved by J. and C. Walker and issued as plate no. 10 by Pharoah and Company in their 1854 Atlas of Southern India.