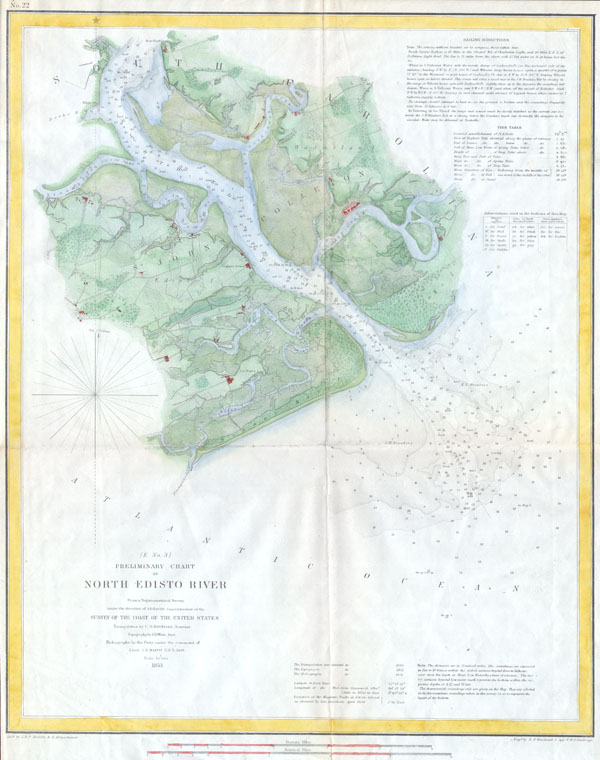 A rare hand colored 1853 costal chart of South Carolina's North Edisto River. Features St. John's Colleton, Seabrook's Island, Legaro's House, the town of Rockville, and numerous plantations and private farms. Includes detailed sailing instructions, depth soundings, and impressive inland detail of the region. Today the North Edisto River is a popular vacation destination. Triangulations were accomplished by C. O. Boutelle, topography by G.D. Wise and hydrography by J. N. Maffit. Published under the supervision of A. D. Bache for the 1853 Report of the Superintendant of the U.S. Coast Survey.