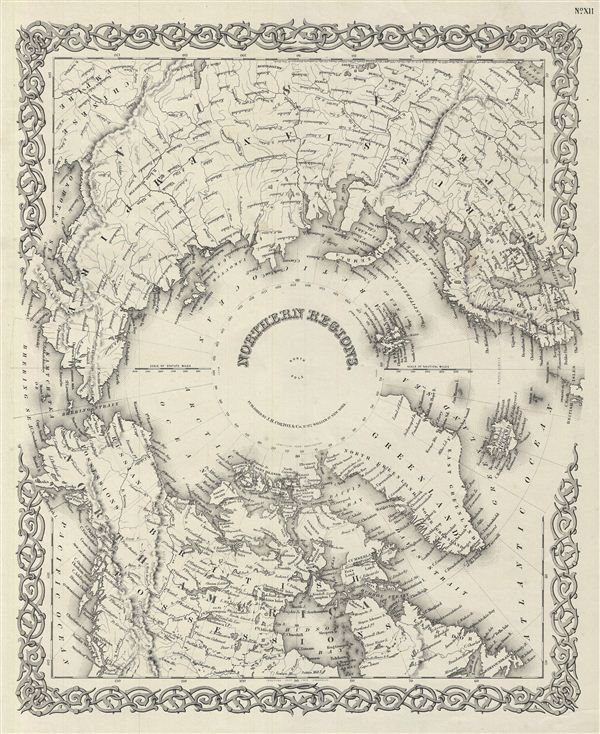 A fine overview of Arctic Exploration in the middle part of the 19th century.

An excellent 1855 first edition example of Colton's map of the North Pole or Arctic. Covers from Lake Baikal, the Hudson Bay, the British Isles and Kamchatka north to the Pole. This is a historically ephemeral map as the Polar Regions were, as Colton drafted this map, actively being explored. Generally gives an excellent overview of the state Arctic exploration and discovery to about 1855. The Northwest and Northeast Passages are delineated and most of the coastlines of North America, europe and Asia are shown with relative accuracy. This map also identifies various cities, towns, rivers, rapids, mountain passes and an assortment of additional topographical details. Surrounded by Colton's typical spiral motif border. Dated and copyrighted to J. H. Colton, 1855. Published from Colton's 172 William Street Office in New York City. Issued as page no. XII in volume 2 of Colton's 1856 Atlas of the World.