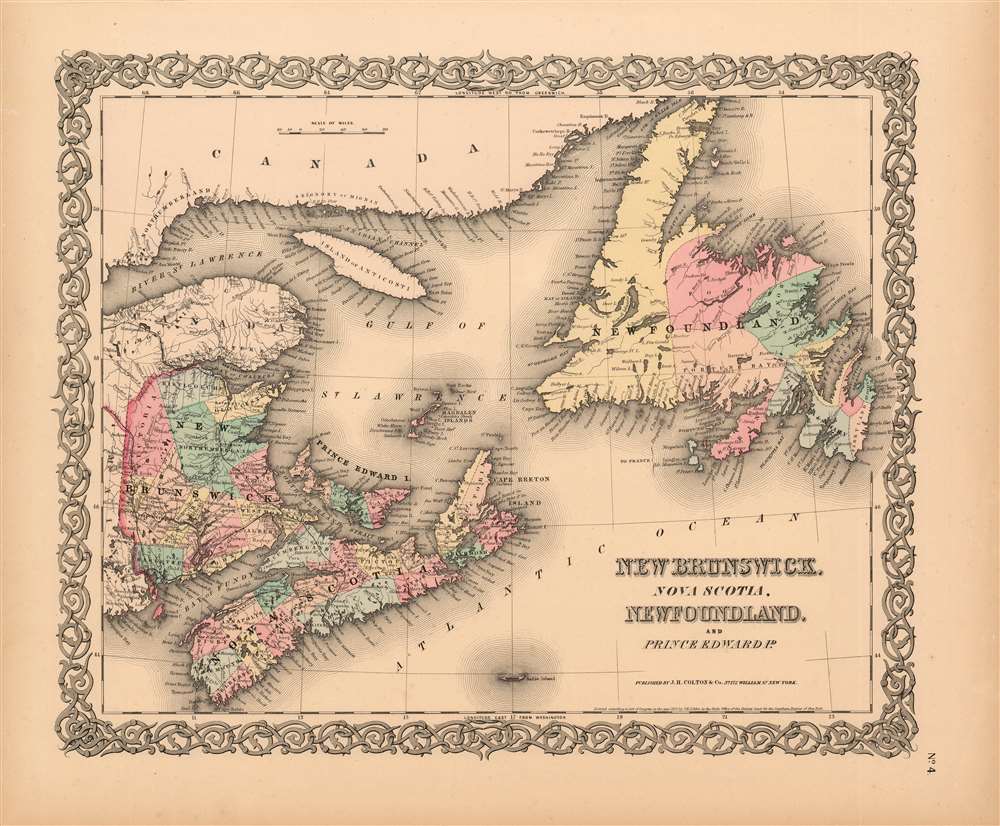 A Detailed and Attractive Map of Maritime Canada
$125.00

This is Colton's scarce 1855 map of the Maritime Provinces of Eastern Canada: New Brunswick, Nova Scotia, Newfoundland and Prince Edward Island. The map shows a portion of what appears to be the European and North American Railway, which would not officially opened until 1857. It would eventually extend to Shediac Bay; here, rails link St. Stephens to Portland in southern New Brunswick. In addition, map Colton identifies various cities, towns, forts, rivers, rapids, fords, with topographical features shown with hachure. The attractive map is colored in pink, green, yellow and blue hand color to distinguish national and regional boundaries, and is embellished with Colton's characteristic spiral motif border.

This map was published as page no. 4 in volume 1 of the first edition of George Washington Colton's 1855 Atlas of the World. There are only seven examples of the separate map in institutional collections, although Colton's Atlas is well represented in OCLC.