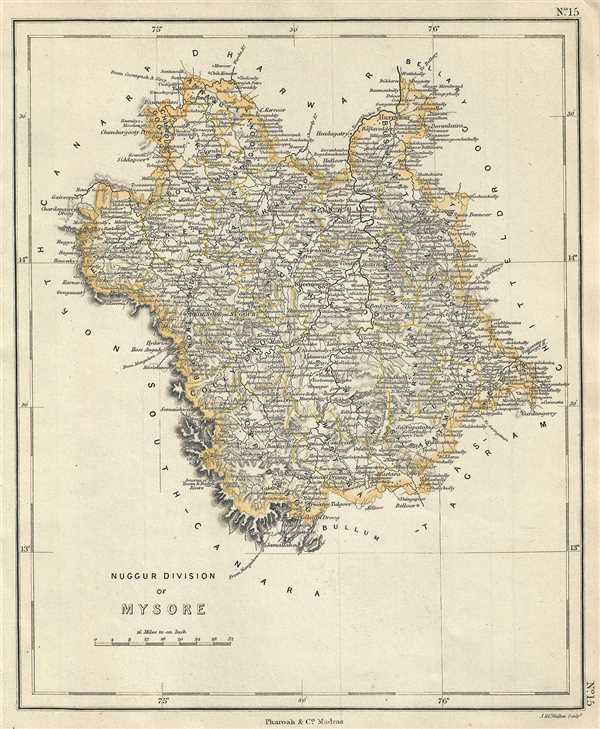 This is a lovely 1854 map of the Nuggur Division of Mysore by Pharoah and Company. It extends from Harihar south to Kudremukh and the Western Ghats and includes the city of Shimoga. Notes important towns, roads, lakes, rivers and topography. The Kingdom of Mysore was divided into four divisions, each named after the principal town in the division. This particular map is of the Nuggur division of Mysore. The historic village of Nagara is noted as Bedenoor-Nuggur. Part of modern day Shimoga District, it was called Bidanoor or Bidnoor when it was under the rule of the Keladi Nayakas. It became a part of the Kingdom of Mysore in 1763.

This map was engraved by J. and C. Walker and issued as plate no. 15 by Pharoah and Company in their 1854 Atlas of Southern India.