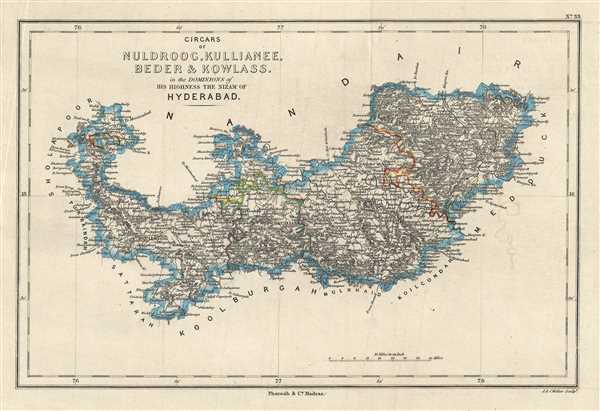 Map of the dominions of the Nizam of Hyderabad when India was under British control.
$250.00

This is an attractive 1854 Pharoah and Company map of the Circars of Naldurg, Kalyani, Bidar and Kowlass under the Nizam of Hyderabad. The map extends from Dhoki Town in the modern day Osmanabad District of Maharashtra east past the Manjeera River in the Bidar District of Karnataka.

This map was engraved by J. and C. Walker and issued as plate no. 33 by Pharoah and Company in their 1854 Atlas of Southern India.