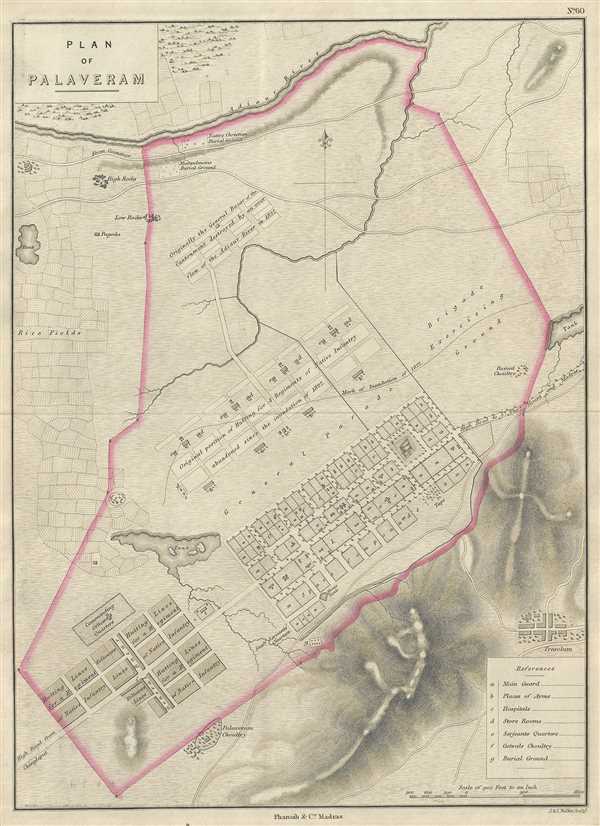 This is an uncommon 1854 Pharoah and Company map of the town of Pallavaram in the Indian state of Tamil Nadu. Today a suburb of the city of Chennai (Madras), the town was a military station during British Rule. The map covers the cantonment and hills and notes roads, official buildings, barracks, burial grounds, and other important landmarks of the time with elevations shown by hachure. The original locations of the general bazaar, which was destroyed by the flooding of the Adyar River and the housing of the regiments, which was abandoned and the inundations lines of 1827, are also noted. A reference table in the lower right quadrant lists the various locations marked on the map.

This map was engraved by J. and C. Walker and issued as plate no. 60 by Pharoah and Company in their 1854 Atlas of Southern India.