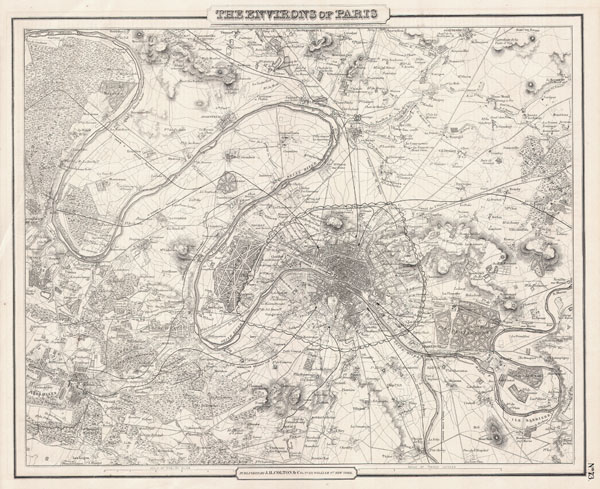 This rare hand colored map of Paris and Environs is a copper plate engraving dating to 1857. Produced by the respected mid 19th century American Mapmaker J. H. Colton. Map covers the Seine valley in a roughly 30 mile radius of Paris. Versailles appears in the extreme southwest and Vitry in the extreme northeast. The whole is beautifully detailed down to individual buildings. Earlier editions feature a vine border, however, this embellishment was dropped for the 1857 issue. Prepared out of Colton's 172 William St, New York, office for inclusion as plate no. 73 in the 1857 issue of Colton's General Atlas. Dated and copyrighted, 'Entered according to Act of Congress in the Year 1855 by J. H. Colton & Co. in the Clerk's Office of the District Court of the United States for the Southern District of New York.'