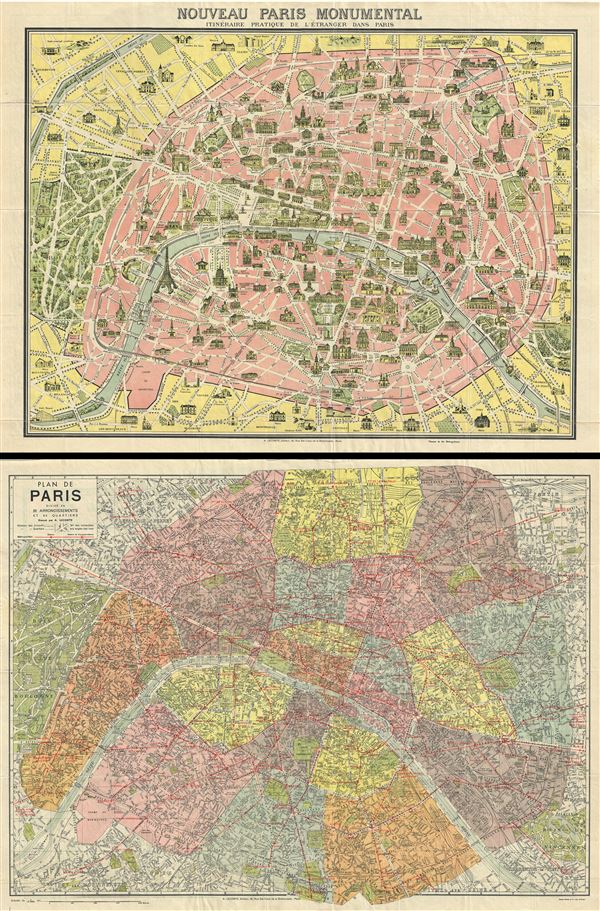 This is an iconic 1946 tourist pocket map of Paris, France. Maps are printed on both sides of sheet. On recto, this map centers on the Seine River, and covers the embastilled heart of Paris. Designed with the tourist in mind, this map shows all major monuments and historic attractions, including the Eiffel Tower, in profile. Paris itself is set as if in a verdant garden surrounded by the Bois de Boulogne and various suburban villages. The map on verso details the Metro system, showing streets, stations and buildings.

This map was issued in various editions from, roughly 1900 to 1937. Here it is issued as part of a tourist guidebook published in 1946. The guidebook consists of a street index, along with other important tourist information. Printed by Gaston Maillet & Co., this map was published by A. Leconte, of 38 Rue St. Croix de la Bretonnerie, Paris.

Very good. Some wear along original fold lines. Map of Paris showing railway lines on verso. Accompanied by 175 page pocket guidebook.
Looking for a high-resolution scan of this?