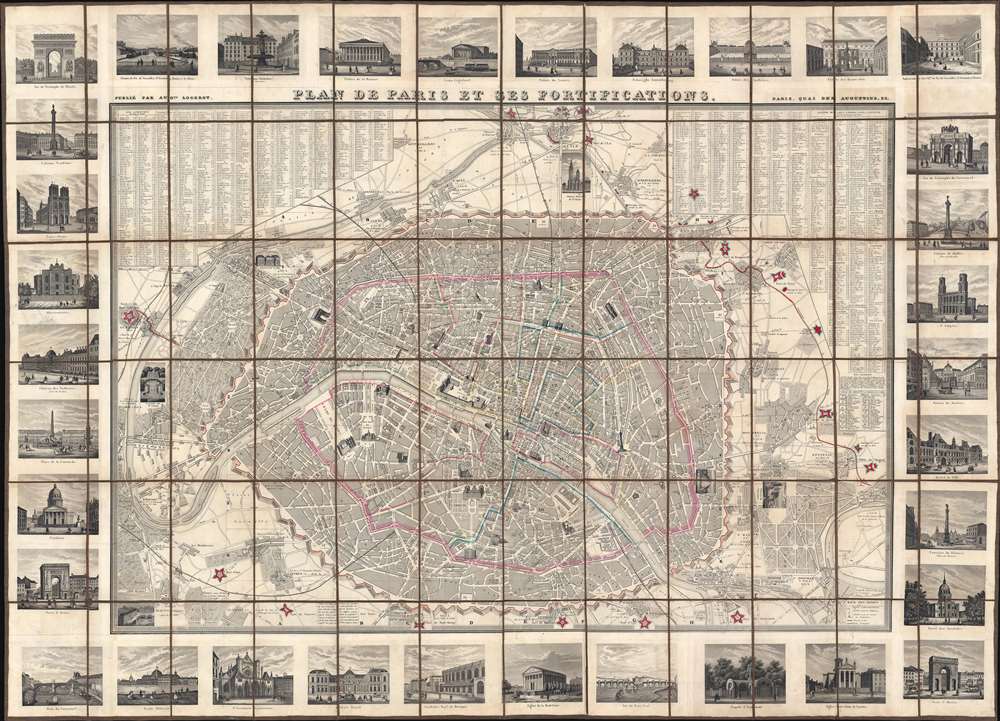 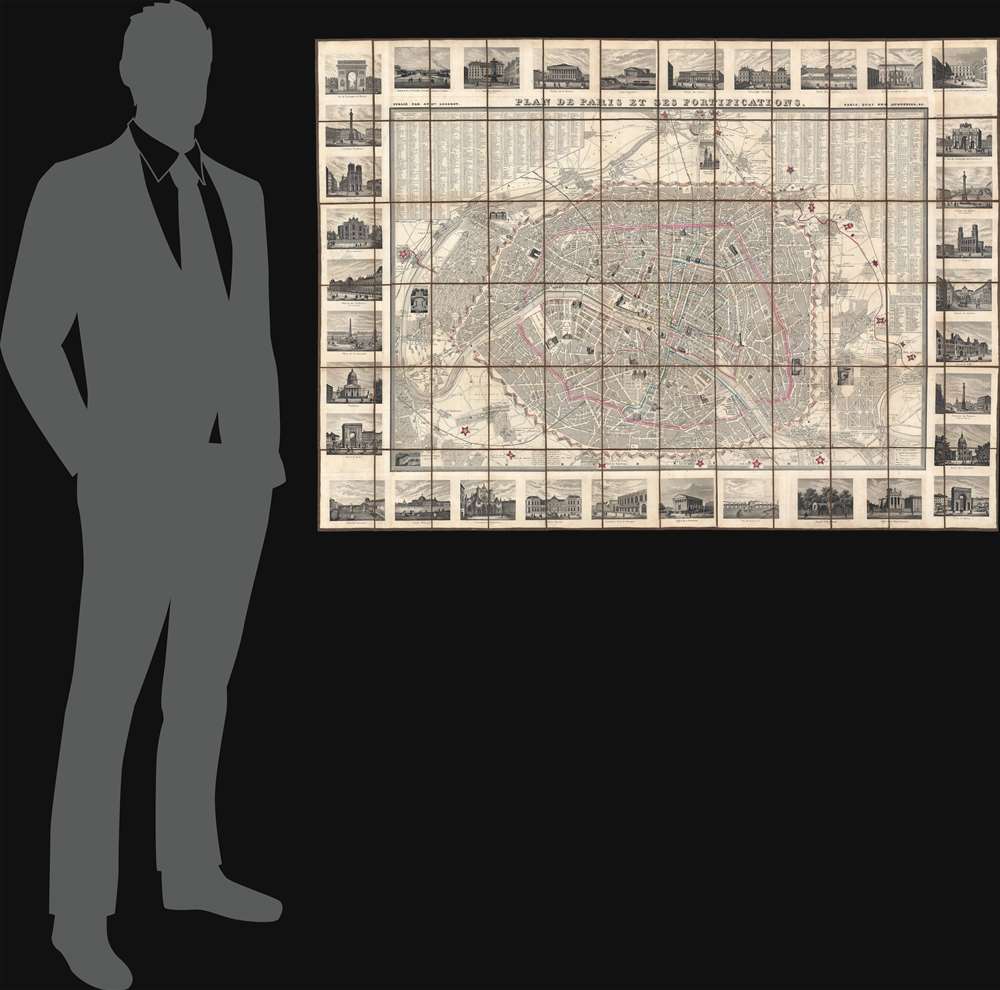 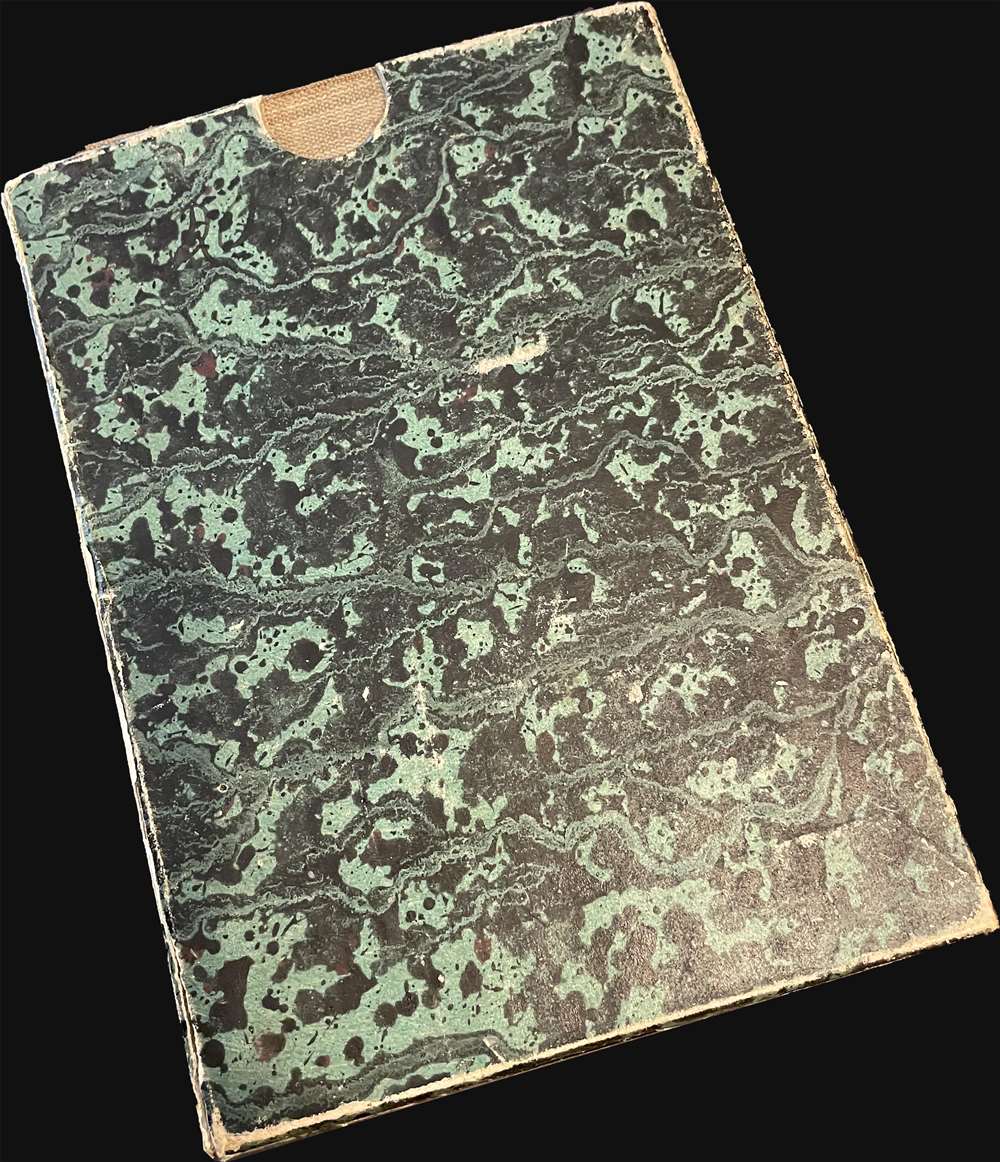 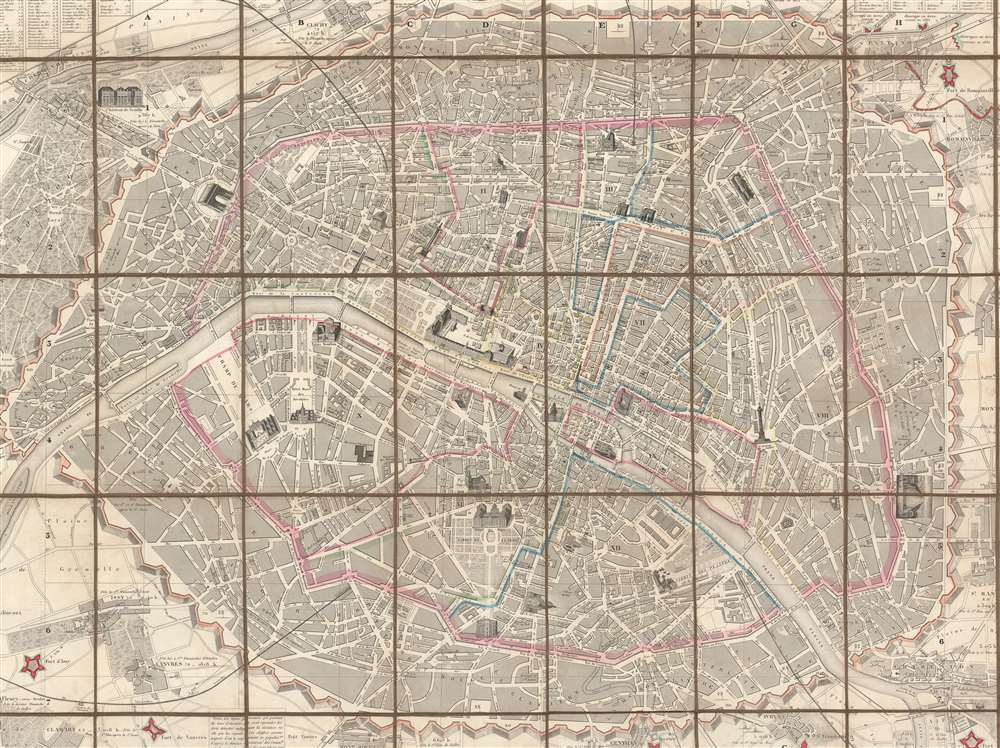 The Fortification of Paris.

This is a striking 1844 large-scale July Monarchy (1830 - 1848) map of Paris, France. The map is surrounded by 34 vignette illustrations of important sites - significant as the only edition of this map to feature these. The map predates the Haussmann Renovations (1853 - 1870) but celebrates the 1844 completion of the Thiers Wall and Ring Forts - likely the reason for this deluxe vingette edition. It additionally features profile and vignette illustrations of important sites throughout the map itself.

This map exhibits the Theirs Wall shortly after it was completed in 1844. Shocked by the seizure of Paris by foreign enemies during the 1814 Battle of Paris, the French King at the time, Louis-Philippe (1830 - 1848), conceived of a board network of walls and forts he believed would make Paris impregnable. The project was met with immediate opposition, some of which claimed that the walls were not defensive, but rather intended to control Parisians in the event of an anti-monarchal rebellion. Nonetheless, under a plan prepared by Marshal General Jean-de-Dieu Soult (1759 - 1861), construction began in 1841. The completed fortifications, named the Thiers Wall after the French Prime Minister at the time, Adolphe Theirs (1797 - 1877), were, at enormous expense, completed in 1844. The walls were 33 kilometers long and consisted of 94 bastions, 17 gates, 23 minor road crossings, and eight railroad gates. By 1919, advancements in military technology made the walls obsolete, leading them to be fully deconstructed by 1929 and replaced with the Boulevard Périphérique.

This map was issued by Auguste Logerot c. 1844. We have seen other editions of the base map, some dated, some not, as early as 1843 and as late as 1847. We have never before seen an example with the surrounding pictorial vignettes - making this example both exceptionally beautiful and unique. Most catalogers attribute the engraving of this map to Charles Dyonnet and the vignettes to Maillard and A. Toussaint, but we see these names nowhere on this map.

Very good. On original linen. Accompanied by original slipcase.
Looking for a high-resolution scan of this?