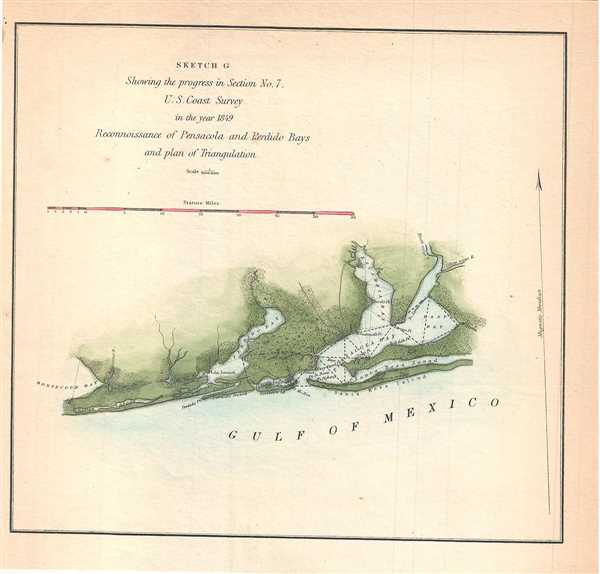 An early example of the 1849 U.S. Coast Survey nautical chart or maritime map of Pensacola and Perdido Bays. This map shows the cost of Florida on the Gulf of Mexico. There are triangulation lines through out the bay showing the reconnaissance work of the U.S. Coast Survey in these bays. Notes on survey appear at top left. The map was prepared under A.D. Bache for the 1849 edition of the Superintendent's Report.

Very good. Even overall toning. Minor spotting in top left margin
Looking for a high-resolution scan of this?