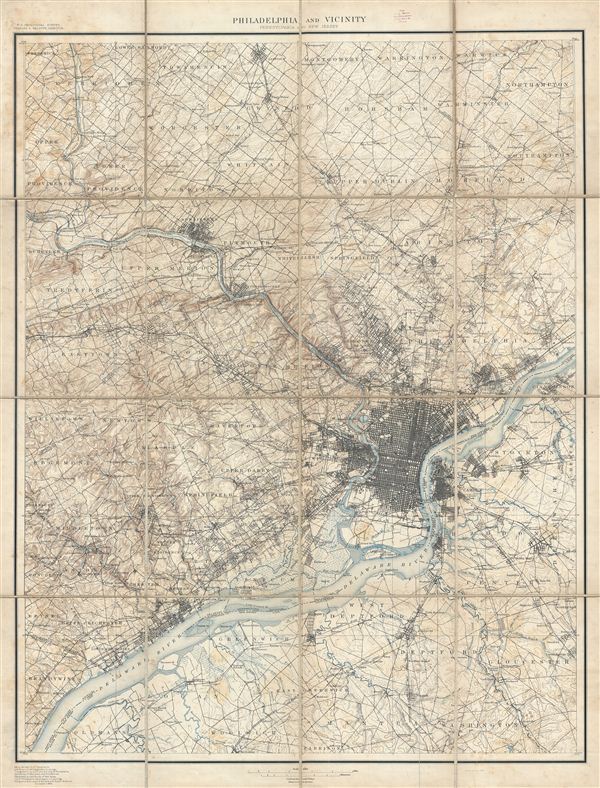 A scarce and attractive 1896 U.S. Geological Survey Map of Philadelphia and Vicinity. Centered on metropolitan Philadelphia, the map covers from Frederick, PA, to Washington< New Jersey, and from Brandywine, Delaware to Northampton, PA. Throughout this map offers the typical high level of detail - down to individual buildings - typical of U.S.G.S. work. It further shows topography, city streets, rail lines, roads, and marshlands. The present example is uncommon for its magnitude, as most U.S.G.S. maps were made to much smaller specification. The whole is dissected and mounted on linen. Folds into its original leatherette binder. Unlike most U.S. Geological Survey maps, this map is scarce, with only six examples being identified in the OCLC.

Very good. Some wear to original linen backing. Else clean.
Looking for a high-resolution scan of this?