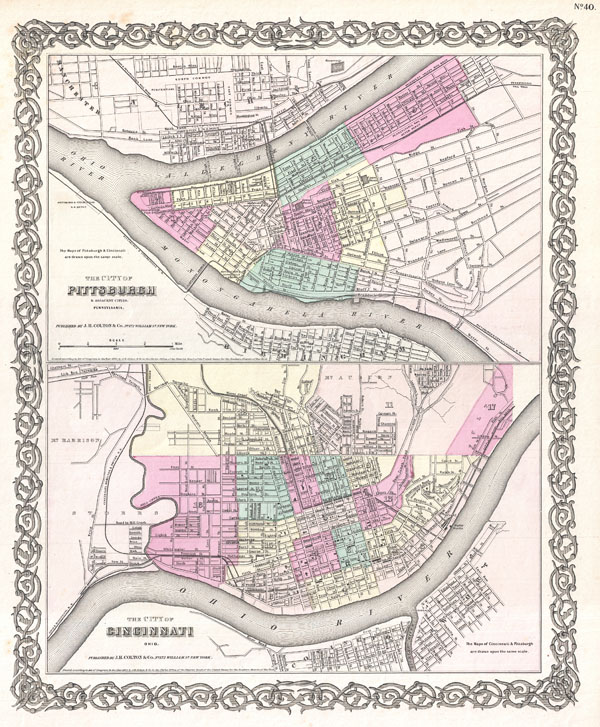 A beautiful 1855 first edition example of Colton's rare two part map of Pittsburgh, Pennsylvania and Cincinnati, Ohio. Map is divided into two sections. Both are hand colored in pink, green, yellow and blue pastels to identify city wards. Both maps also offer extraordinary detail at level of individual streets and buildings. Both maps are drawn to the same scale. Surrounded by Colton's typical spiral motif border.

The upper map, Pittsburgh, Pennsylvania, covers from the Ohio River to Morgan Street, including the surrounding communities of Allegheny and Birmingham. In addition to all major streets, this map identifies the Court House, various railroad depots, the Penitentiary, and Pennsylvania Canal.

Dated and copyrighted to J. H. Colton, 1855. Published from Colton's 172 William Street Office in New York City. Issued as page no. 40 in volume 1 of the first edition of George Washington Colton's 1855 Atlas of the World.