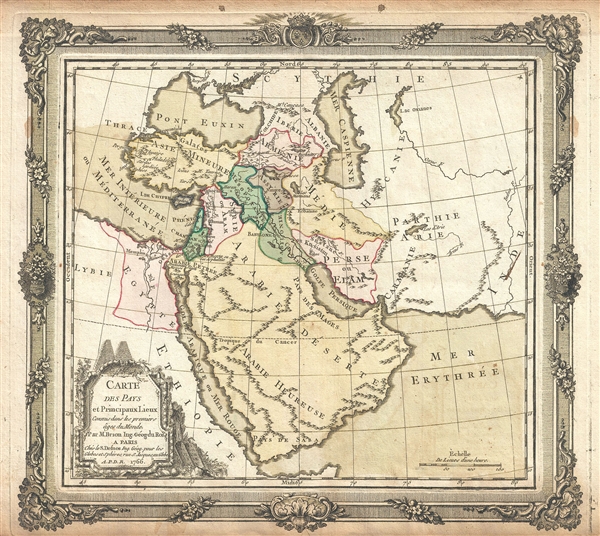 Map depicting the places known in the early ages of the world.
$275.00

This is an appealing 1766 map of the Middle East and Arabia by Brion de la Tour and Louis Charles Desnos. It covers the regions between the Caspian Sea and the Gulf of Aden and from Turkey east to the Indus Valley including Turkey, Cyprus, Armenia, Iraq, Iran, Egypt, Saudi Arabia, Syria, etc. Political divisions are color coded. The map notes some important early places including Babylon, Media, Assyria, Mesopotamia, etc. as well as important rivers and mountains. Features Brion de la Tour's elaborate rococo border work and title cartouche. This map was prepared by Brion de la Tour and published in Louis Charles Desnos' Geographie Moderne, Historique et Politique.