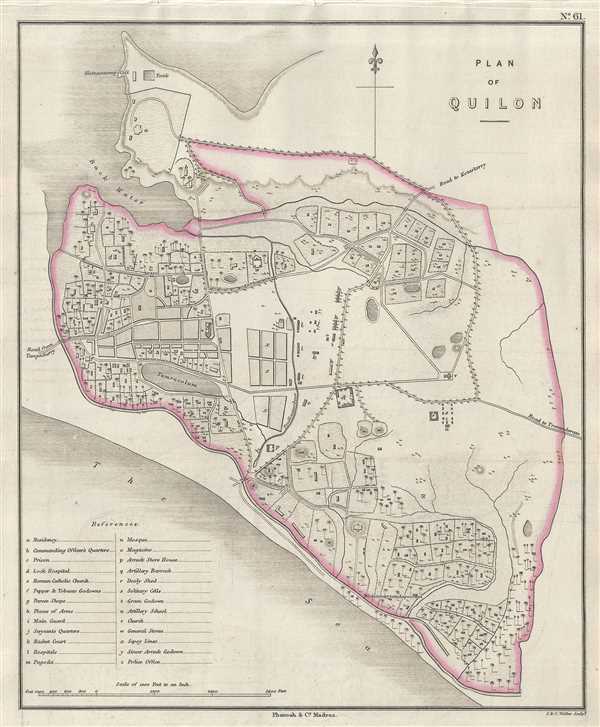 Map of the old port city of Kollam, part of the beautiful Kerala backwaters.
$200.00

This is a lovely 1854 Pharoah and Company map of the old seaport and city of Kollam or Quilon on the coast of Kerala, India. It covers the city in beautiful detail, noting streets, lagoons, important buildings, fields and topography. A reference table in the lower left quadrant lists the locations marked on the map.

Kollam city has been a important port since the 3rd century BC when it was part of the Chera Dynasty and was considered among the major trading post during the 13th century, along with Cairo, Alexandria, Malacca and Quanzhou. The first Europeans to establish a trading center here were the Portuguese in the early 16th century, after which the Dutch took over the city, followed by the British in the late 18th century. Today, the city, located near the Ashtamudi Lake and part of the Kerala backwaters, is a popular tourist destination.

This map was engraved by J. and C. Walker and issued as plate no. 61 by Pharoah and Company in their 1854 Atlas of Southern India.