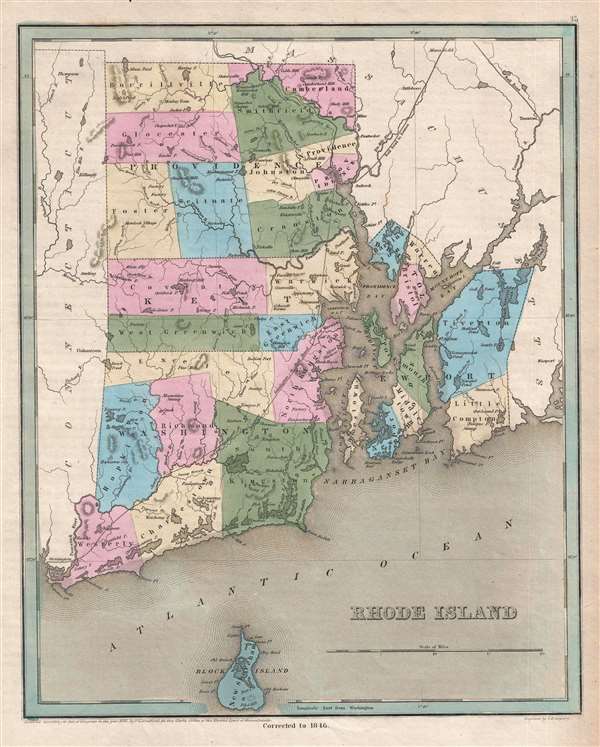 Highlights improvements for travelers between New York City and Boston following the opening of the Stonington Line.

This is an 1846 Thomas G. Bradford map of Rhode Island. The map depicts the state in its entirety, from Connecticut to Massachusetts and from Massachusetts to the Atlantic Ocean and Block Island. Featuring the route of the New York, Providence, and Boston Railroad, this map highlights progress with regard to easing the connection between Boston and New York. Prior to opening the Stonington Railroad in 1837, which ran between Stonington, Connecticut and Providence, Rhode Island. Before the Stonington Line opened in 1837, travelers from New York on their way to Boston had to take a steamship from New York to Providence before they could catch a train on the Boston and Providence Railroad. These steamships were not the safest mode of transportation, as the infamous burning of the steamship Lexington illustrates. By extending a rail line from Providence to Stonington, the trip became easier, particularly after the Long Island Railroad connected to the Providence and Stonington Railroad in 1844.