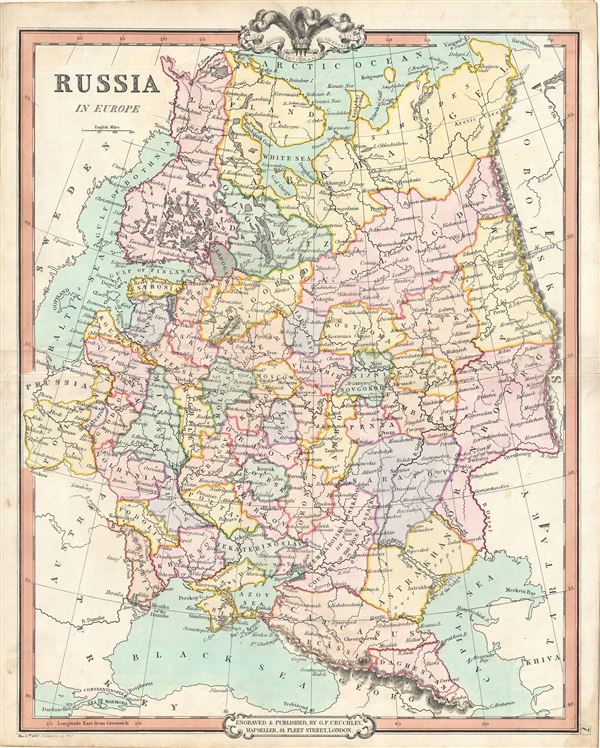 This is a lovely 1850 map of Russia by George Frederick Cruchley. It covers the European portions of Russia from the Gulf of Bothnia to the Ural Mountains and from the Arctic south as far as the Black Sea. The modern day nations of Russia, Ukraine, Belarus, Moldova, Poland, Lithuania, Latvia, Estonia and Finland are included.