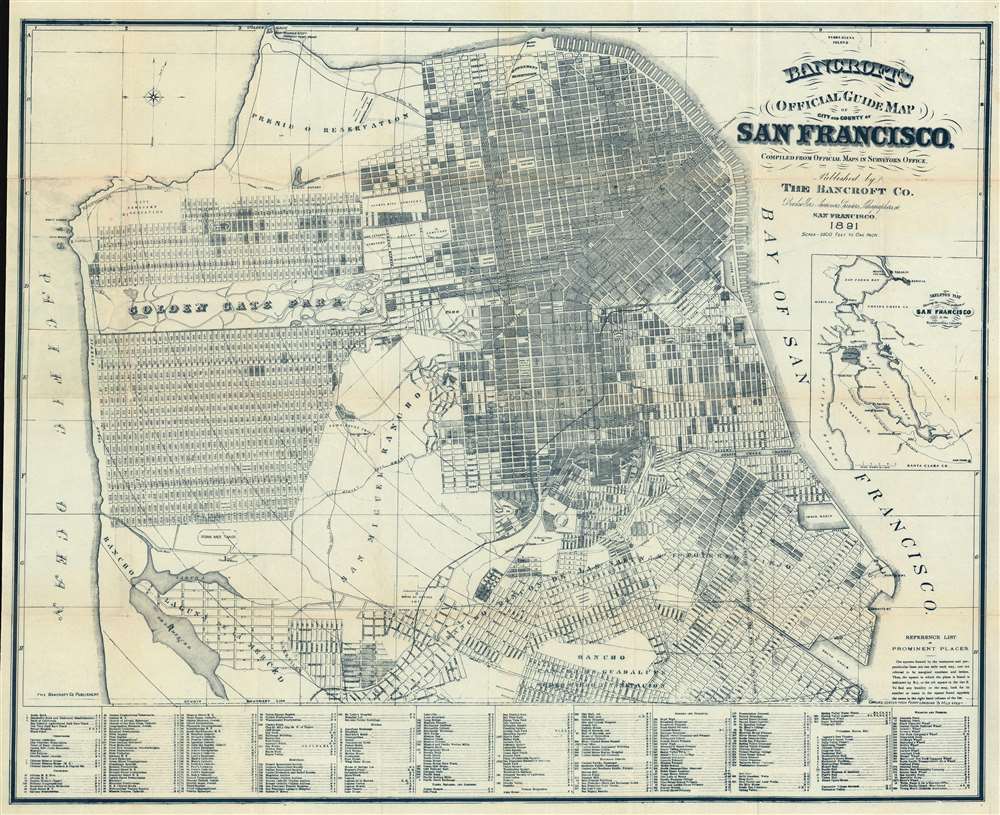 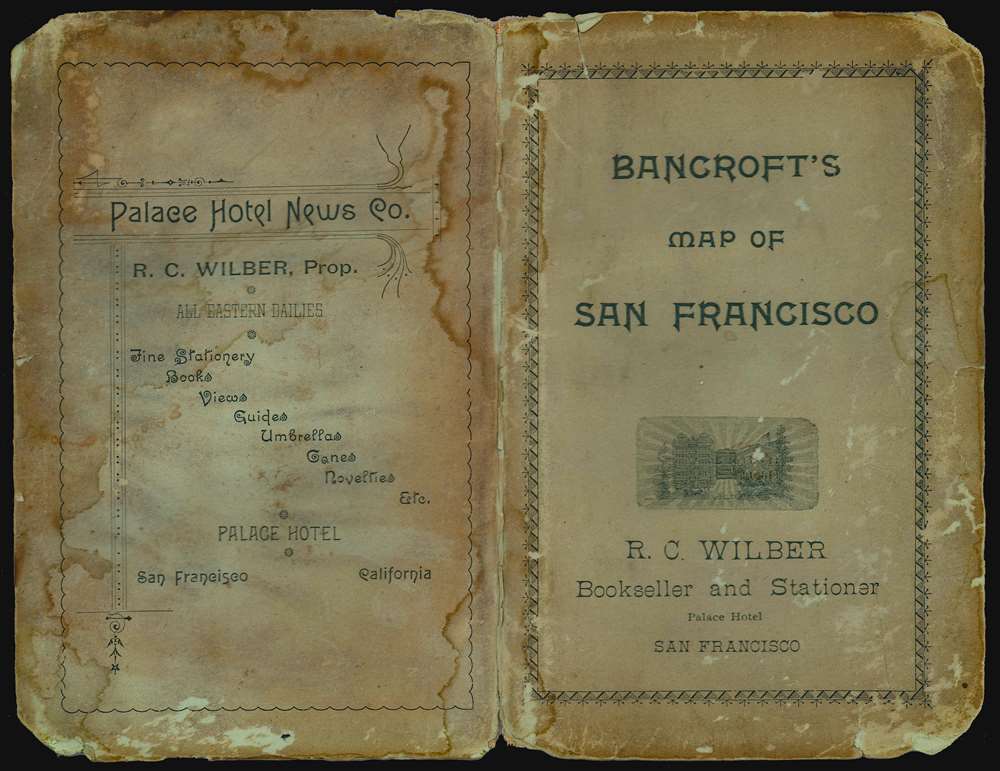 The finest cartographic record of San Francisco's most formative period.
$2,200.00

A stunning 1891 example of Bancroft's important city plan or map of San Francisco, California. This map covers the northern top of the San Francisco Peninsula from the Pacific Ocean to San Francisco Bay and as far south as Rancho Canada de Guadeloupe. Bancroft employs shading to distinguish between developed and undeveloped lots. At bottom there is a numerical key wherein some 396 individual buildings are located and categorized. Concentric circles indicate half-mile distances from the ferries. Development extends as far as the Ocean Race Track. Rancho Laguna de la Merced, San Miguel Rancho, and Rancho Cañada de Guadalupe Rodeo Viejo y Vistación are at this point undeveloped. An inset on the right details the greater San Francisco Bay area.

This map was first published in 1871 and enjoyed an immediate popularity. Revised editions appeared in 1873, 1877, 1881, 1882, 1883, 1887, and 1891 (present copy). In 1973 two editions were issued with the latter of these two exhibiting a vast expansion of the map to include growth in the western part of the peninsula including Golden Gate Park and the surrounding lots. Some editions feature a light blue outline of the landfill in eastern San Francisco, but this was omitted from 1887 on. Sally Woodbridge speculates that 'it was not part of the original base map but was added because of special interest at the time.'

Today all examples of Bancroft's San Francisco are highly desirable as the finest commercially obtainable cartographic record of San Francisco's most formative period.

Very good. Professionally flattened and backed on archival tissue. Minor repairs in upper left and here and there on fold intersections. Exhibits some small areas of infill. Accompanied by original binder.