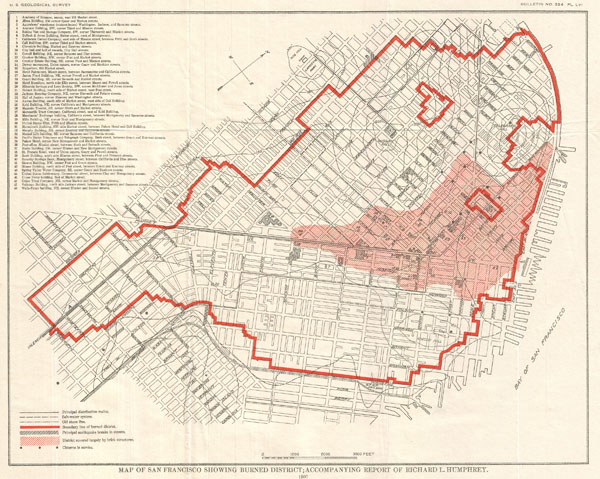 An unusual map of San Francisco, California, dating to 1907. This map was published by the U.S. Geological Survey following the terrible San Francisco Earthquake and Fire of 1806. This natural disaster, comparable to the devastation wrought by Hurricane Katrina, is considered the largest is California History. This map highlights the developed parts of San Francisco most damaged by the fire in red ink. It also shows the region occupied primarily by brick buildings, streets, water conduits, some topographical features, earthquake damage to streets, and cisterns. Published in the U.S. Geological Survey's report on the San Francisco Earthquake and Fire, 1907.