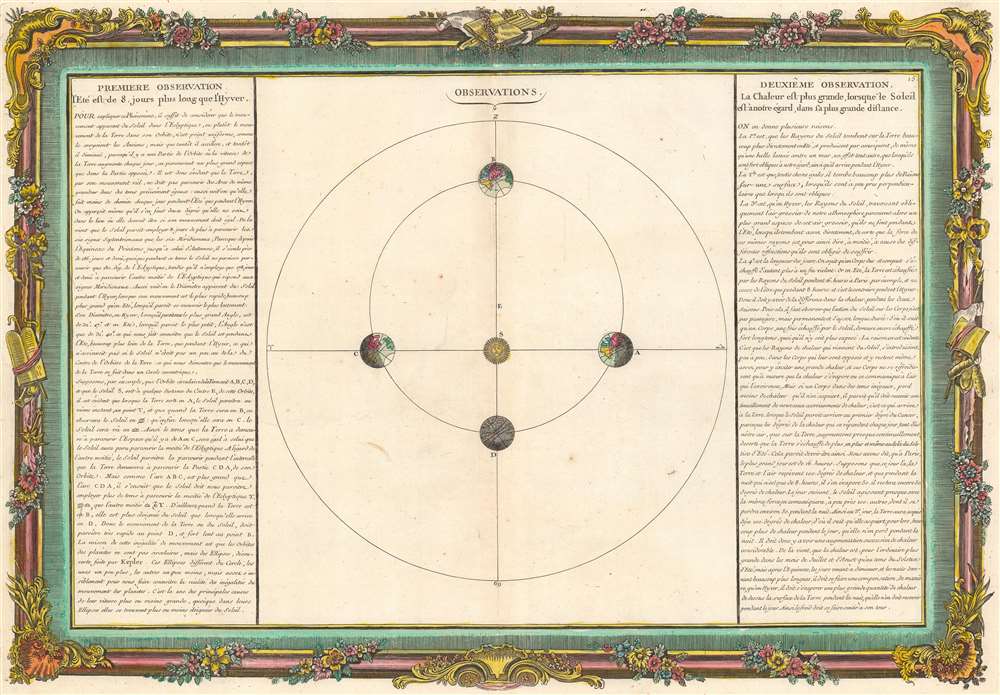 Seasons and Earth's elliptical orbit around the Sun.
$275.00

This is a 1761 Claude Buy de Mornas celestial map of the Earth's seasons. Using this orbit diagram, Buy de Mornas explains such concepts as why summer is longer than winter. He illustrates the Earth's elliptical orbit, exchanges how it changes in speed, which causes one part of the orbit (a season) to take longer than the other. He also effectively illustrates how the Earth's tilt with respect to the Sun effects the seasons, although he does not include this detail in the discussion of the seasons to the left of the diagram. To the right, Buy de Mornas discusses heat retention and how the changes daylight certain parts of the Earth receive during different parts of the year results in the temperature changes.

This map was created and published by Claude Buy de Mornas and Louis-Charles Desnot who jointly published the Atlas Méthodique et Elémentaire de Géographie et d'Histoire in 1761. We have not found any cataloged examples of the separate map, although that may be due to the lack of a formal title. The atlas, however, is well represented.