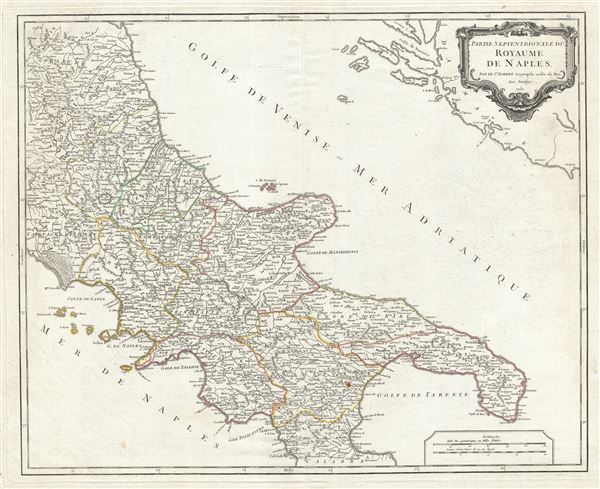 This is an attractive 1750 map of southern Italy by Robert de Vaugondy. It covers the northern regions of the territories claimed by the Kingdom of Naples and extends from Rossano north to Ancona and west as far as Pontinia. Several important towns, cities, roads, rivers, lakes and other topographical features are noted, with elevation beautifully rendered.

Very good. Some wear and toning along original centerfold. Minor creasing right of centerfold. Original platemark visible. Some spotting and offsetting with damp stain near margins.

Rumsey 3353.085. Pedley, Mary Sponberg Belle et Utile: The Work of the Robert de Vaugondy Family of Mapmakers, 360.
Looking for a high-resolution scan of this?