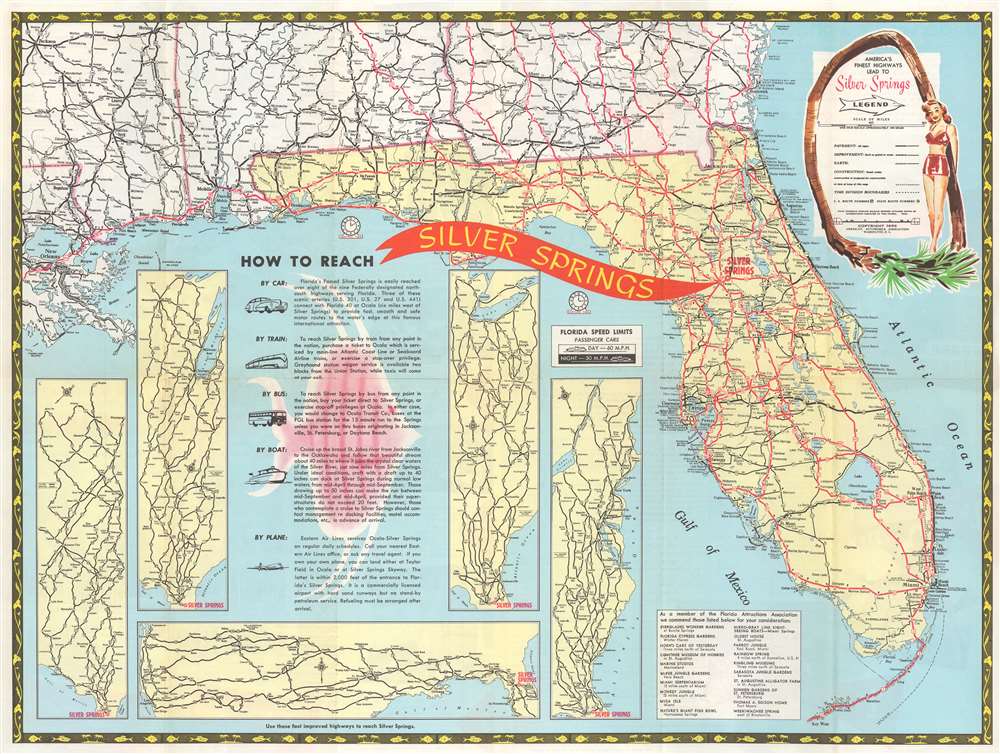 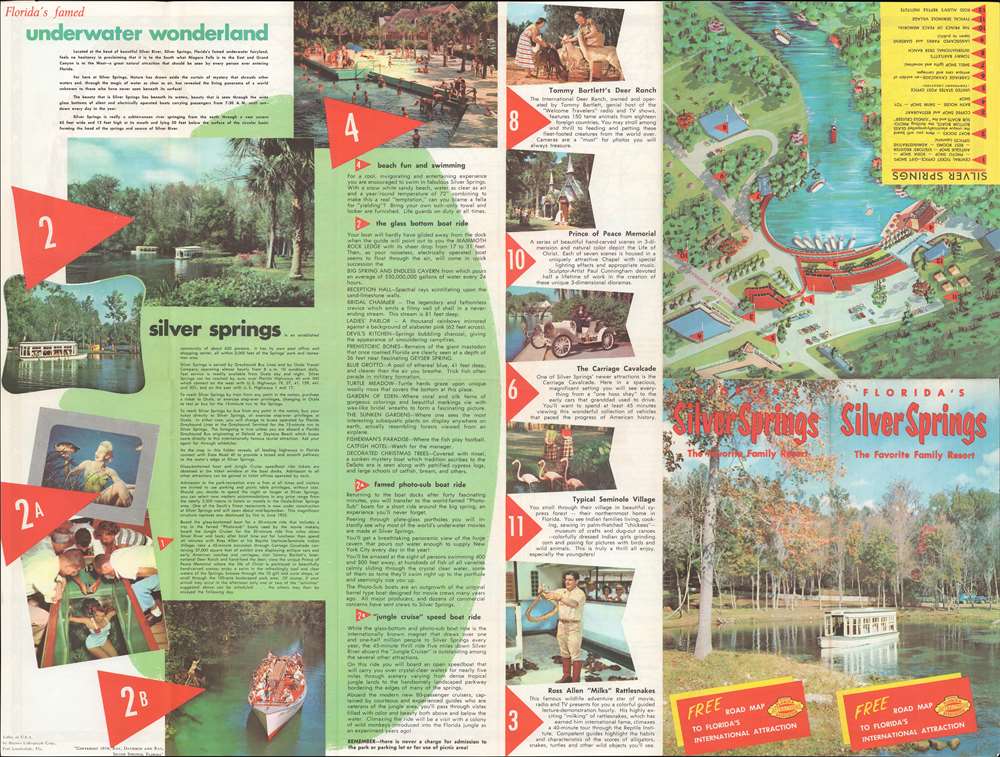 This is a 1955 Automobile Association of America map of Florida. Created as a promotional for Silver Springs, a tourist destination outside Ocala, Florida, a large red 'arrow' points the way. U.S. highways are illustrated in red. Four highways pass through Ocala, highlighting the destination's easy access. Five inset maps, each focused on a different part of the United States, trace highway routes from numerous major cities in the U.S. and Canada to Silver Springs.

Throughout the 1930s and 1940s, billboards and other advertisements appeared along highways around the country proclaiming the wonders of Silver Springs. By the 1950s, Silver Springs was the largest tourist attraction in Florida. Today, the 'attraction' is now part of Silver Springs State Park, but the glass-bottom boats (and the slightly dangerous monkeys) still beckon thousands. A wonderful pictorial border, consisting fish, a woman swimming, and a glass-bottom boat, surround the map. Five maps on the verso detail the highway connections between locations throughout the United States and Silver Springs.

This map was created by the American Automobile Association and published by Ray, Davidson, and Ray (the owners of Silver Springs) in 1952. An example of the 1953 edition is part of the Touchton Map Library at the Tampa Bay History Center. The verso content on the present 1955 example differs considerably from the 1953 edition.