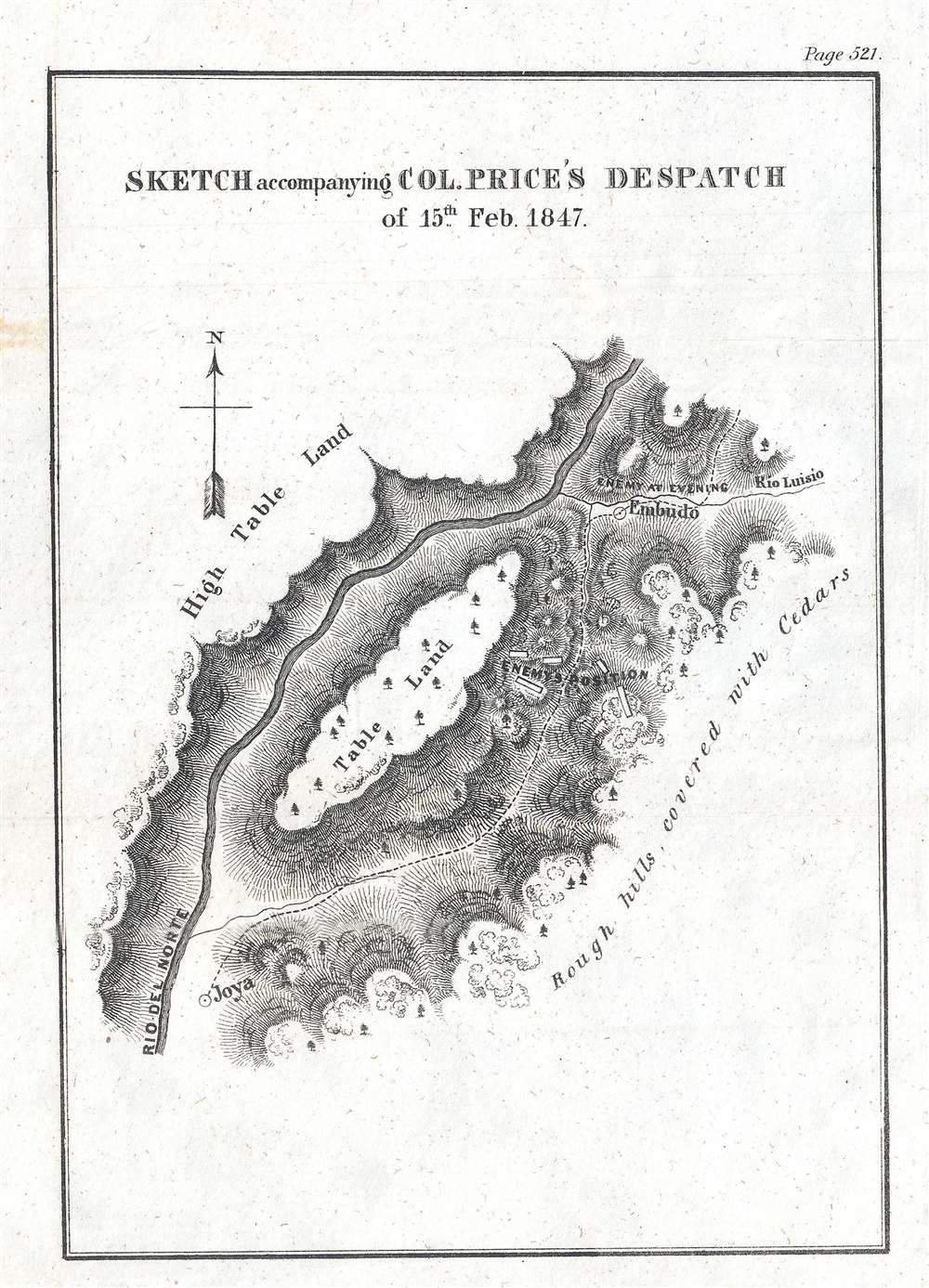 The battle just before Colonel Price and his men reached Taos, New Mexico to put down the Taos Revolt.
$300.00

This is an 1847 William Hemsley Emory map of the Battle of Embudo Pass, one of the battles during the Taos Revolt in and near Taos, New Mexico, which was part of the Mexican-American War. Oriented to the north, the map depicts a section of Embudo Pass, a canyon not far from Taos. Colonel Sterling Price and the force he was leading to put down the Taos Revolt needed followed the Rio Grande (Rio del Norte) after defeating the insurrectionists at the Battle of Cañada. The column needed to travel along the road from La Joya (Joya) El Embudo (Embudo), which was flanked on both sides by high, rocky terrain, giving the region the look of a canyon. The road and the insurgent's positions are noted and labeled here, along with the Rio Grande and the highlands on either side of the canyon.

The Battle of Embudo Pass

The battle of Embudo Pass too place on January 29, as Colonel Price and his men marched toward Taos. The road cut through a canyon between the settlements of La Joya and El Embudo, where insurgents hoped to ambush the American soldiers. Price, however, learned of the insurgent's presence before he and his men arrived in the canyon. Price sent an officer and some of his men ahead to scout the terrain, and soon their enemies were discovered and quickly retreated so quickly through the difficult terrain that they defied pursuit by the attacking Americans. Price's force soon regrouped and entered Embudo without a fight.