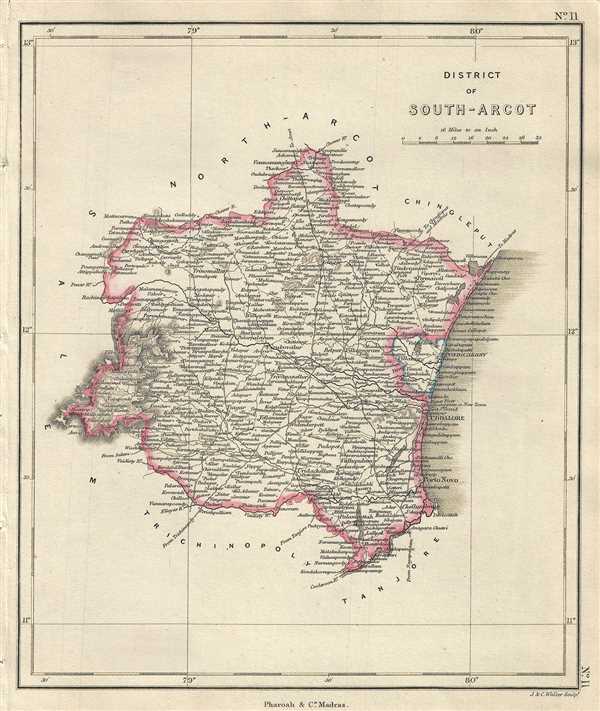 Map of South Arcot including Puducherry and Fort St. David.
$250.00

This is an example of the 1854 Pharoah and Company map of the South Arcot district in Tamil Nadu, India. It extends from the Kollidam River north to Chetpet and the Cheyyar River and includes Pondicherry or Puducherry. Includes important towns, roads, lakes, rivers and topography. Part of the Madras Presidency during British India, the region was part of the Chola and Pallava Kingdoms during ancient times. The map identifies Fort St. David near Cuddalore, which the British won by outbidding the Dutch and the French. As part of the purchase price, the British acquired the neighboring regions by firing a great gun, and all the country within range became part of British possession. Some of the villages are till date referred to as cannonball villages.

This map was engraved by J. and C. Walker and issued as plate no. 11 by Pharoah and Company in their 1854 Atlas of Southern India.