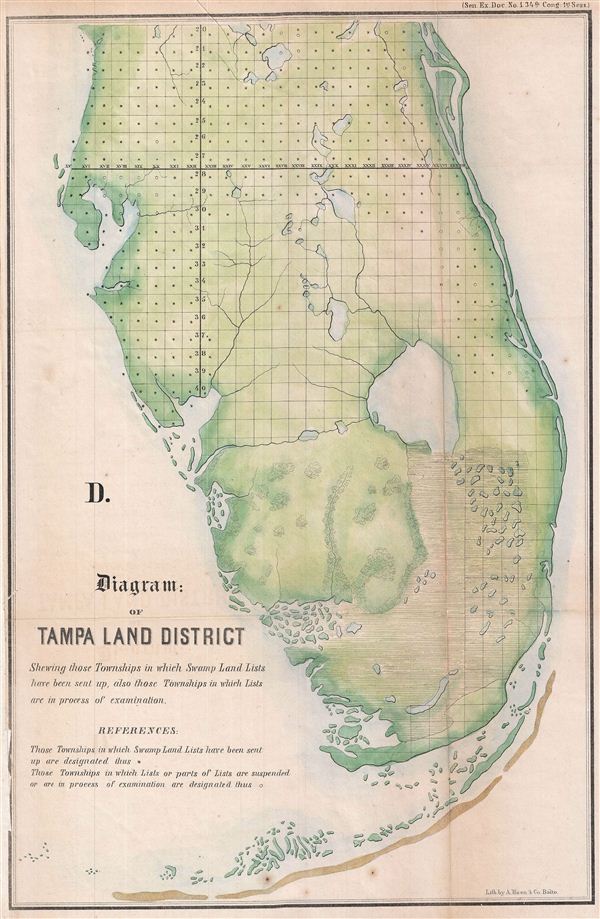 An appealing 1855 Florida Land Office survey map of the Tampa Land District, South Florida. This map covers peninsular Florida from, roughly, Merritt Island and the modern day Chassahowitzka Wildlife Refuge south as far as the everglades and the Florida Keys. Though there are no labels, the map offers some interesting topographical details regarding the rivers and swamps throughout the region. The state of the Land Survey is also noted via a series of blocks, mostly confined to the upper quadrants and the eastern seaboard, representing the survey grid. Blocks marked with an asterisk indicate that the survey is complete, box with a circle suggest work in progress, and unmarked blocks are planned but uninitiated surveys. Though lacking attribution, this map was most likely prepared by John Westcott, director of the Florida Land Office in 1855. It was engraved by A. Hoen and Company, government printers, in Baltimore, Maryland for issue in the 1856 congressional report, Maps and Views to Accompany Message and Documents 1855-56.