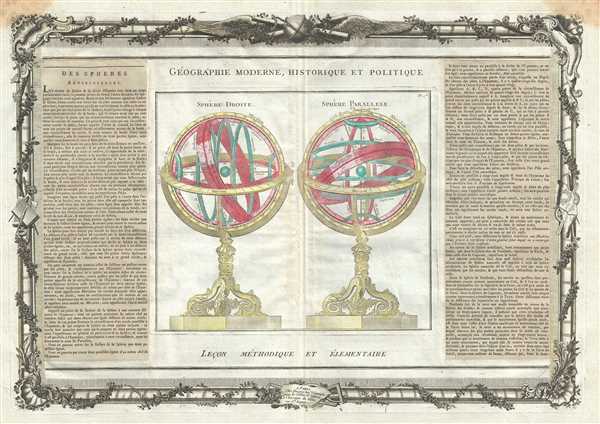 This is a decorative chart by French cartographer Louis Brion de la Tour dating to 1786. It depicts two armillary spheres based on the Ptolemaic model. The first sphere is shown on its side with axis points at the horizon, while the second sphere depicts the usual upright orientation.