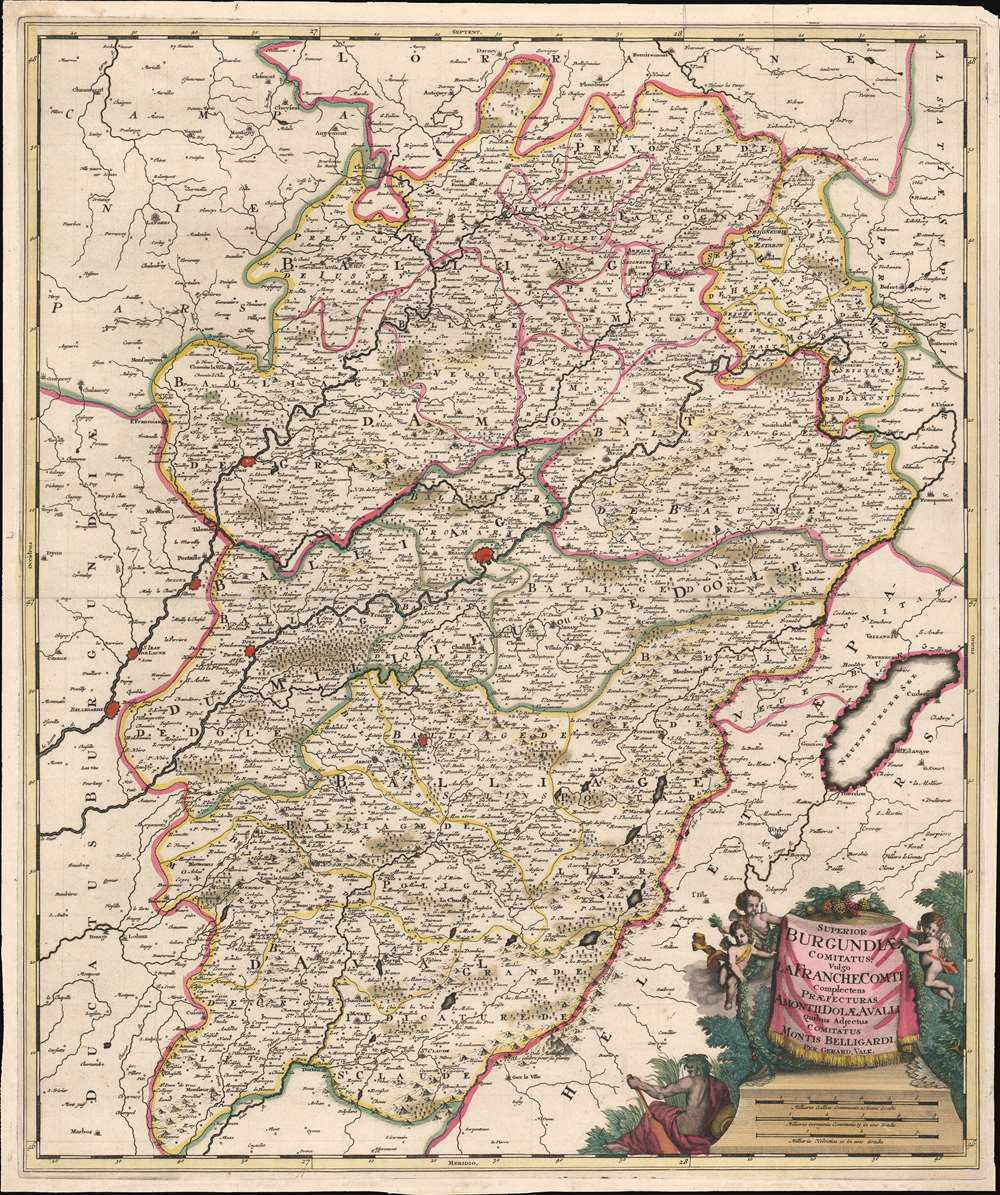 This is a beautiful example of Gerard Valk's 1702 map of the upper Burgundy region of eastern France. The map is centered on the Saone and the Doubs river valleys, and on the city of Besançon. the region was the County of Burgundy until the region and the neighboring Duchy of Burgundy were abolished during the French Revolution.

The is region is one of France's main wine-producing areas, and is well known for both its red and white wines, mostly made from Pinot Noir and Chardonnay grapes. The map's beautifully engraved cartouche alludes to this: putti hold aloft a banner, garlanded with bunches of grapes. The gentleman with the jug, slouching against the cartouche, has not overindulged: he is a river god, in this case likely representing the Saone itself.

This map appears on the market from time to time, and is well represented in institutional collections. Its dating is not the source of much agreement, complicated by the appearance of the map in composite atlases rather than a formally published work.