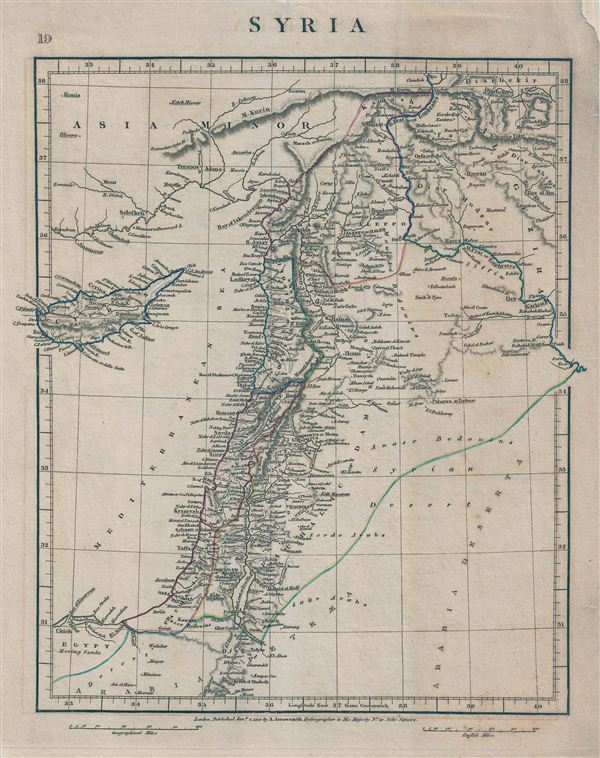 This is a rare example of Aaron Arrowsmith's 1828 map of Syria. Centered on Syria, covers from Asia Minor to Egypt and Cyprus. During this time in history, Syria was part of the Ottoman Empire and was largely ignored by world affairs. The map shows the administrative divisions of the Ottoman Empire which include the Pachalic of Gaza, Pachalic of Acre, Pachalic of Tripoli, Pachalic of Aleppo, Pachalic of Damascus and Al Gezira with many towns and cities. These include modern day Israel, Palestine, Syria, Jordan, and parts of Lebanon. The regional boundaries are colored and relief shown by hachures. This map was published by A. Arrowsmith, hydrographer to His Majesty, in 1828.