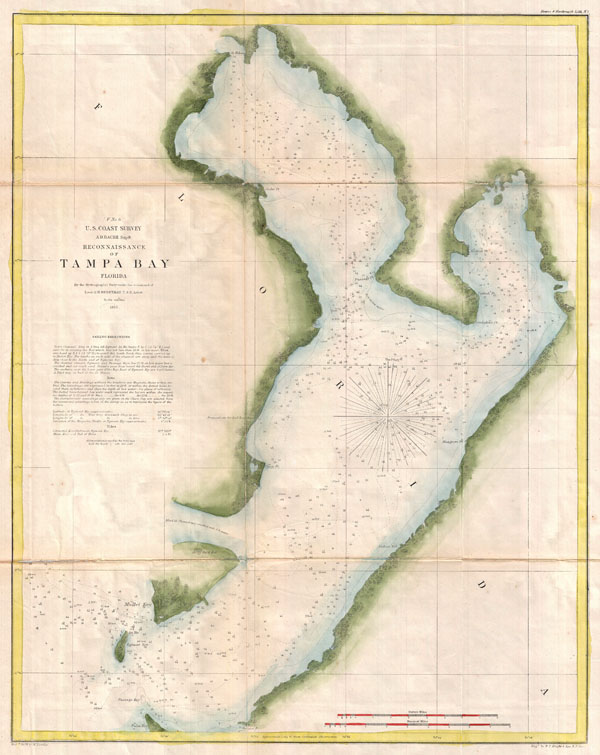 A very attractive example of the 1855 U.S. Coast Survey nautical chart or map of Tampa Bay, Florida. Centered on Passage Point, this map covers from St. Helena and Tampa south to Mullet Key and Palm Key. Chart notes various triangulation points and the proposed site of a rail depot on the western shore. The city of Tampa is noted though, at this stage, development is minimal. Countless depth soundings fill the bay. To the left of the map, below the title, are detailed sailing instructions and notes on tides and shoals. This is one of the earliest Coast Survey charts to focus on Tampa Bay. The hydrography for this map was completed by O. H. Berryman. The chart was produced under the supervision of A. D. Bache, of the most prolific and influential Superintendents of the U.S. Coast Survey.