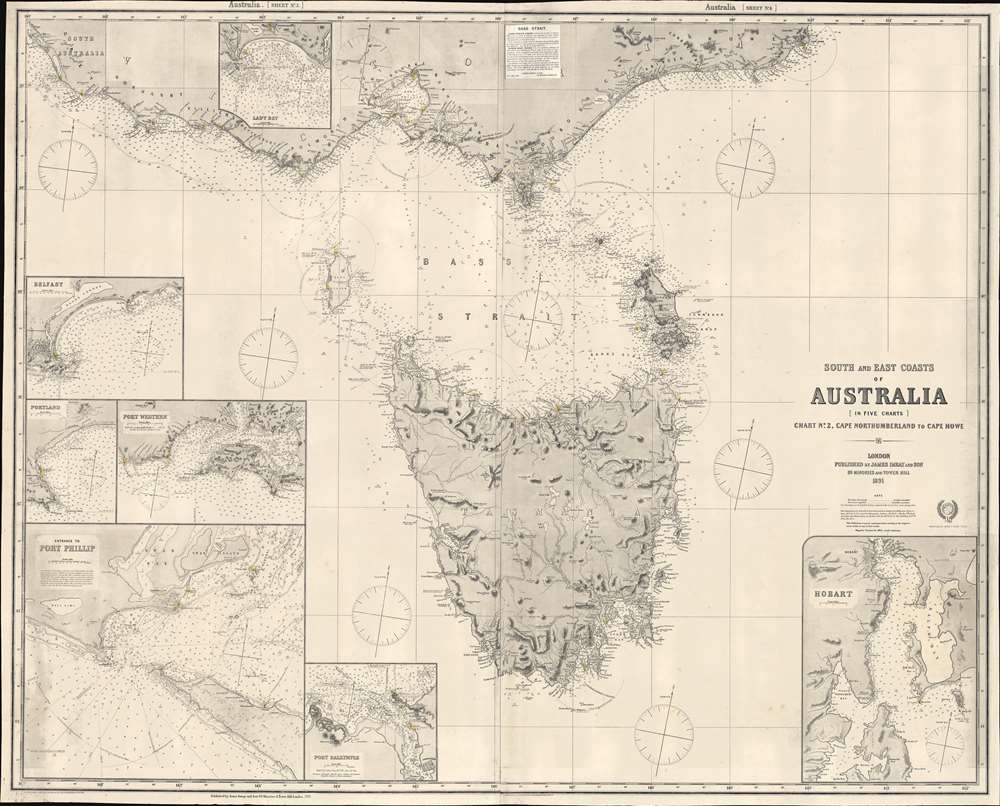 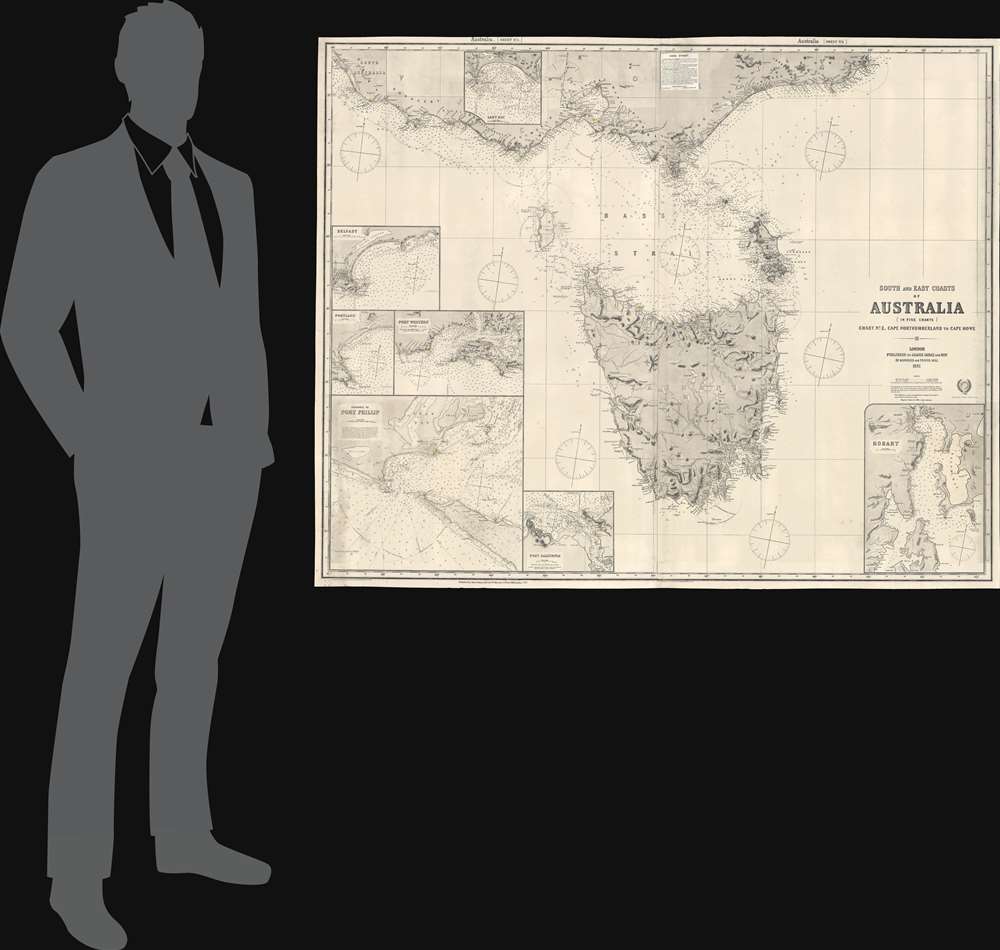 A striking 1883 James Imray and Son blueback nautical chart or maritime map of Tasmania, Australia. Centered on Tasmania, this chart extends north to include Melbourne, west to South Australia, and East to Cape Howe. Insets detail Hobart, Port Dalrymple, Port Phillip, Port Western, Portland, Belfast, and Lady Bay. As expected of a nautical chart, the map features copious depth soundings, excellent annotations regarding lights and buoys, and other practical information for the mariner. In addition, the map illustrates the region's fledgling railroad network, including the Melbourne Geelong and Ballarat Railway, running between Geelong and Melbourne. An official pastedown, issued by Imray on October 10, 1890, adds additional instructions for navigating Bass Strait.

This map was first issued by Imray and Son in 1883. It is part 2 in a series of five charts illustrating the southern and eastern coasts of Australia. The map went through numerous subsequent editions, with the present edition bearing updates to 1891.

Very good. Light soiling.
Looking for a high-resolution scan of this?