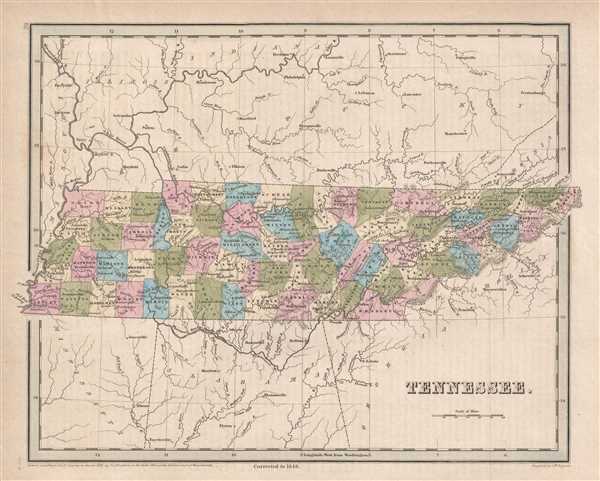 Includes a railroad from Asheville, North Carolina to Knoxville, Tennessee.

This is an 1846 Thomas G. Bradford map of Tennessee. The map depicts the region from Missouri to Virginia, Kentucky, and North Carolina and from Indiana, Illinois, Kentucky, and Missouri to Mississippi, Alabama, and Georgia. Highly detailed, each county is labeled and shaded a different color for easy differentiation. Numerous cities and towns are labeled, including Nashville and Memphis. A railway line is illustrated between Asheville, North Carolina and Knoxville, Tennessee, but we have been unable to determine any details about this route.