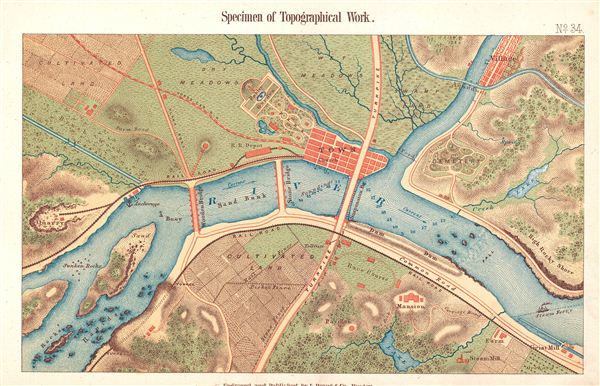 A beautifully colored map and exquisitely engraved map showing examples of various physical and madmade features on an imaginary landscape. Whether this was meant as a cartographic primer, or an example of the firm's general topographical drawing process, is unclear. engraved and published as plate 34 by L. Prang & Co. Boston.

Very Good
Looking for a high-resolution scan of this?