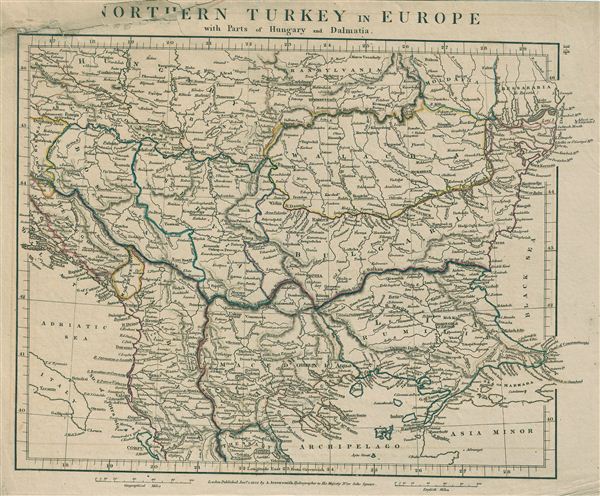 This is a rare example of Aaron Arrowsmith's 1828 map of Turkey in Europe. The map covers Turkey or the Ottoman Empire as it extended into Europe during the early 19th century and includes the Balkan regions of Bosnia, Herzegovina, Monde Negro, Albania, Thessaly, Macedonia, Rumilia, Bulgaria, Walachia and Serbia. It also shows parts of Hungary, Transylvania and Dalmatia. The regional political boundaries are colored and relief shown by hachures. This map was published by A. Arrowsmith, hydrographer to His Majesty, in 1828.

Very good. Original platemark visible. Blank on verso. Notable reapir work to damage on title and bottom right corner of map.
Looking for a high-resolution scan of this?