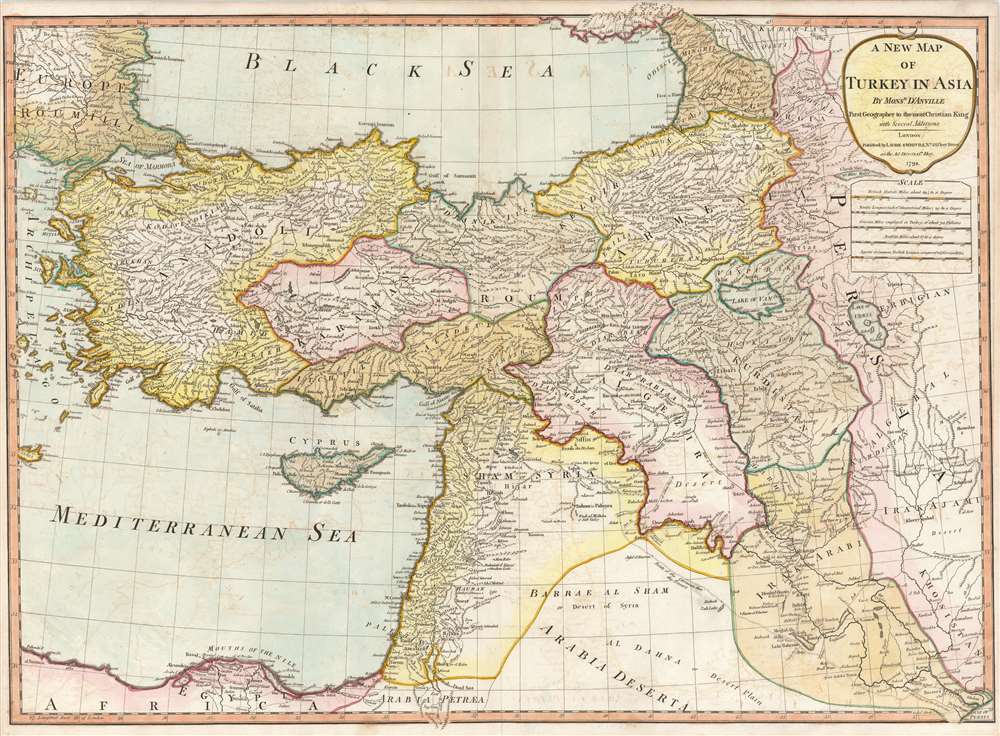 This is a 1794 Laurie and Whittle map of Turkey. The map depicts the region form the Aegean Sea to Iraq and from the Black Sea to the Nile Delta in Egypt and the Persian Gulf. Highly detailed, myriad cities, towns, and villages are labeled throughout, including Constantinople (Istanbul), Jerusalem, Baghdad, Basra, and Alexandria. Roads wind their way across the landscape, including the Route of the Caravan through the Desert. Rivers, such as the Tigris and Eurphrates, Lakes, including Lake Urmia in Iran, mountain ranges are also illustrated. The Sea of Marmara and the Dardanelles are both labeled. Cyprus is detailed in the Mediterranean, with cities and towns labeled across the island.

This map was created by Laurie and Whittle and published in 1794.

Very good. Transference throughout. Light wear along original centerfold. Blank on verso.
Looking for a high-resolution scan of this?