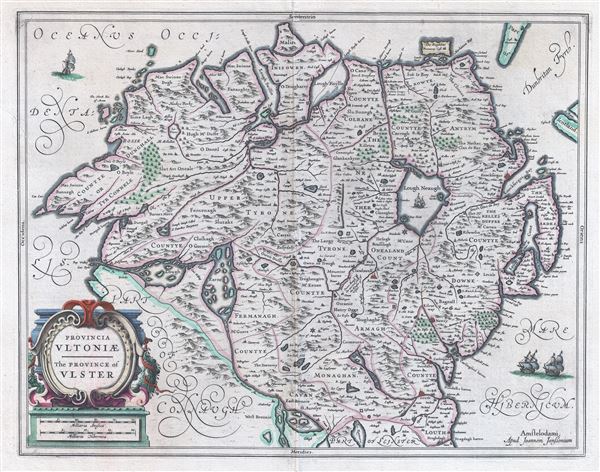 An attractive c. 1650 map of Ulster province, Northern Ireland, by the Dutch cartographer Johannes Jansson (Janssonius). The map covers from the Atlantic to the Irish Sea and from Cardonagh to Connaught and Leinster. Includes Belfast. Beautifully engraved with fine hand color. French text on verso. Title in both English and Latin. Today this region is administered by the United Kingdom and though a significant portion of the population is eager to politically leave the UK and rejoin Ireland. This map was originally published by Jansson, as in the present example. A later edition was issued by Schenck and Valk c. 1700.