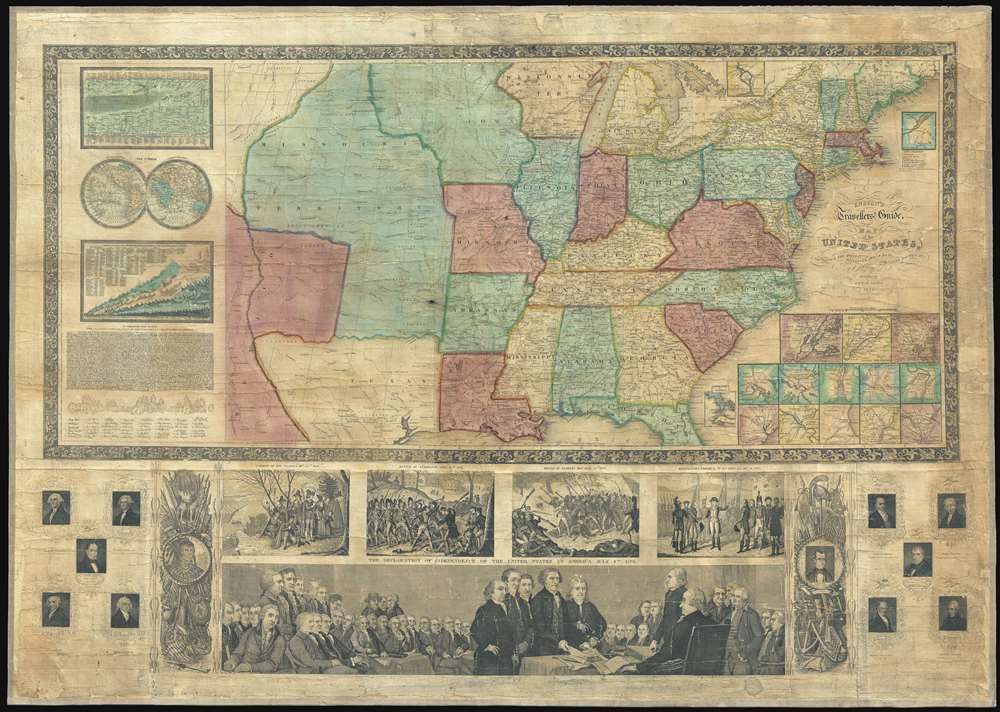 Map of the United States just prior to the Mexican American War. Shows the Republic of Texas.

An extremely scarce variant on Ensign and Thayer's series of highly decorative United States wall maps. This map, dated 1845, predates the annexation of Texas and the Mexican-American War by one year. It illustrates the Republic of Texas according to its early proclaimed borders, names Austin's colony, and identifies Austin as the capital. In addition, the map features a large Missouri Territory. Small mountains and rivers charts on the Bulla / Darton model appear in the upper left quadrant. The bottom of the map features a large panorama of the Signing of the Declaration of Independence as well as various scenes from American History. To either side are illustration of Metacom, the Pokunoket Sachem called 'King Philip' and James Polk, who had just been elected 11th president of the United Sates. Portraits of other former presidents fan out on either side of the panorama.