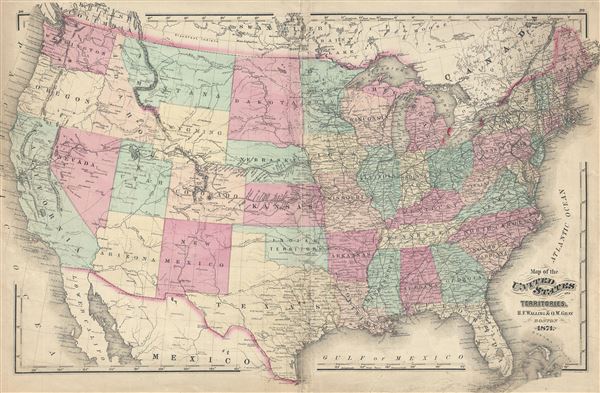 An attractive 1871 map of the United States issued by Henry Walling and Ormando Gray. This map covers the entire United States from Atlantic to Pacific, Canada to Mexico. It is color coded to identify all states. Important transnational rail routes are noted as are major cities and military fortifications. The Unites States is today much as presented here with the exception of Dakota, which had not yet split into northern and southern departments. Published as plate nos. 29 and 29 in Walling and Gray's 1871 Atlas of Massachusetts.