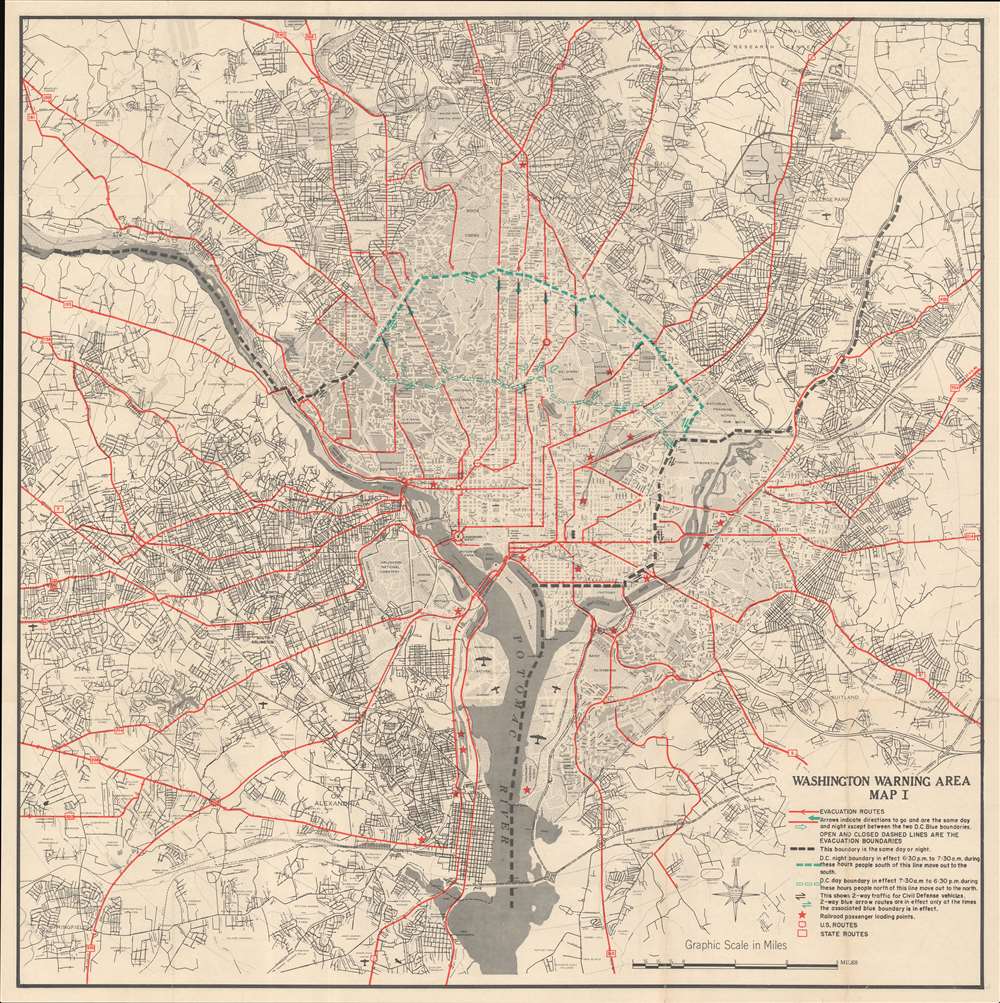 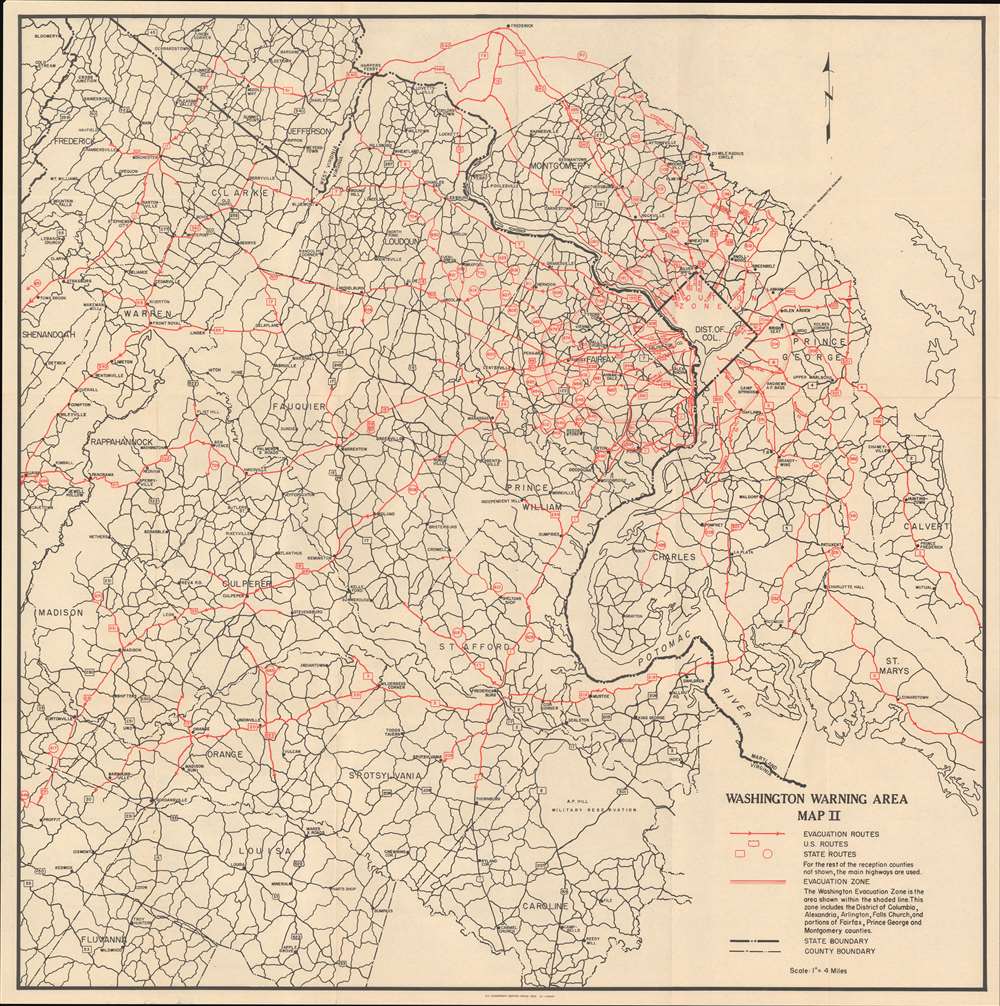 Curious relic of the Cold War.

A curious relic of the Cold War, this is a 1959 Office of Civil and Defense Mobilization map of Washington D.C illustrating evacuation routes in case of nuclear attack. The map was issued to disseminate Washington D.C. evacuation plans in the case of a nuclear strike. With Cold War tensions an all-time high, this was a very real concern. There were no less than 9 nuclear close calls between 1956 and 1969. These plans were likely devised following the 1956 Suez Crises, when a series of misinterpretations, false intelligence, and high political tension nearly led to a nuclear exchange.

The map depicts the Washington D.C area from Falls Church and Springfield, Virginia to District Heights and Randolph Village, Maryland. Evacuation routes are presented via red overprinting, with arrows directing traffic flow. Three different boundaries are illustrated on the map by rows of boxes, which dictate the direction in which the evacuees were to travel. The boundary represented by the green boxes changed, depending on whether the attack happened during the day or at night, while the boundary illustrated by black boxes is constant. The red stars throughout the map are locations where evacuees without cars can board trains. A key in the lower right explains the notations used. The verso features 'Map II', a wider area map detailing evacuation routes through the greater capital region.

The Cold War was a geopolitical conflict between the United States and the Soviet Union, and their respective allies, the Western Bloc and the Eastern Bloc, which began following World War II (1939 - 1945). The Cold War is generally considered to have begun with the 1947 Truman Doctrine and ended with the 1991 dissolution of the Soviet Union. During the conflict, both the United States and the Soviet Union developed powerful nuclear arsenals. While there was always a threat of nuclear war, the apocalyptic cost of such an exchange kept both sides from engaging in direct warfare. Instead, with no large-scale engagement, the Cold War was fought through various proxy wars, espionage, propaganda campaigns, embargoes, and psychological warfare. Each superpower supported major regional conflicts centered around an ideological and geopolitical struggle for global influence.

This map was created by the Office of Civil and Defense Mobilization and printed by the Government Printing Office in 1959. Scarce to the market.