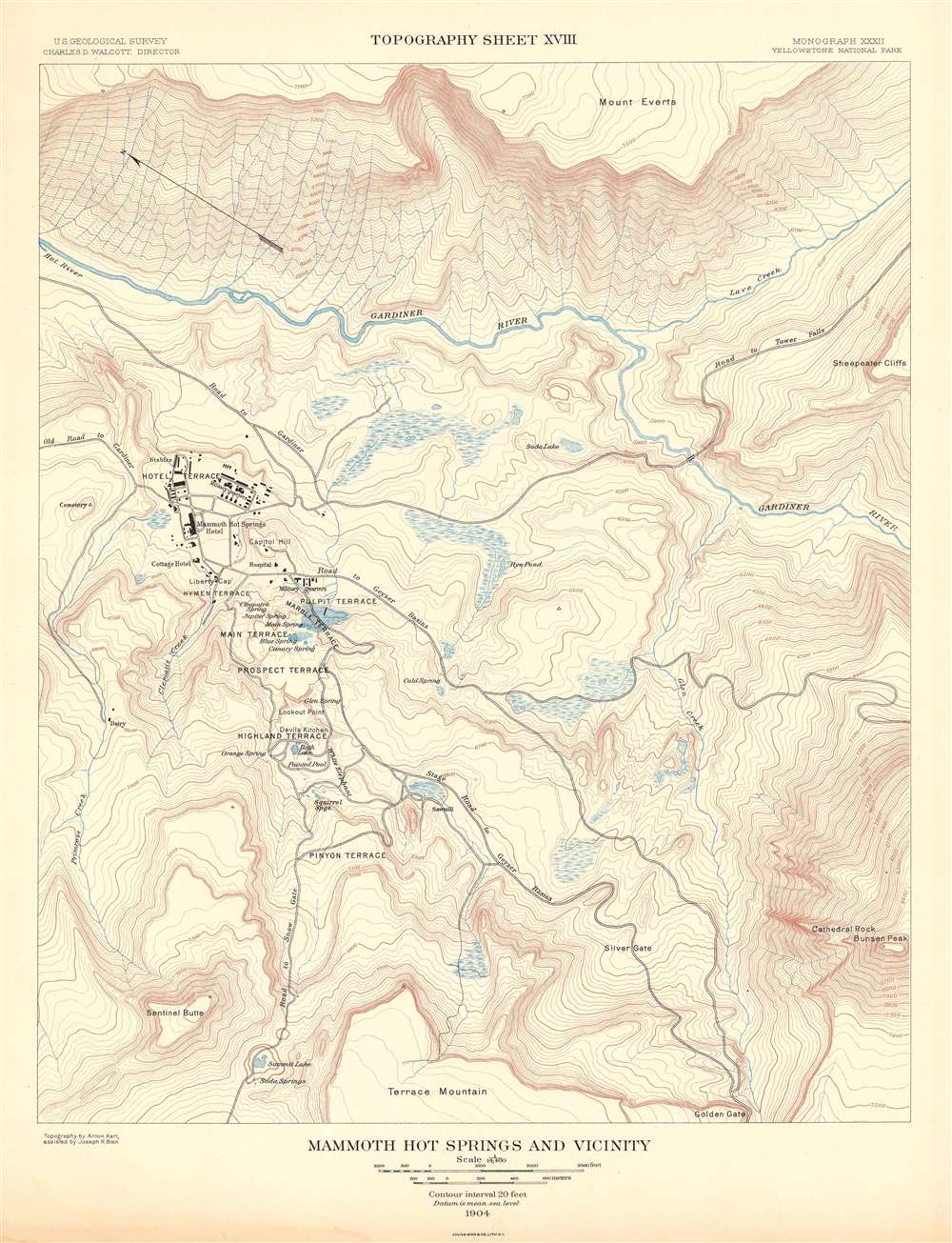 This is a 1904 Arnold Hague and U.S. Geological Survey topographic map of the spectacular Mammoth Hot Springs in Yellowstone National Park, Wyoming. The map depicts Mammoth Hot Spring Terraces from Terrace Mountain to Mount Everts. Building over thousands of years and still growing, the Mammoth Terraces constantly change shape and color. The map also features a handful of buildings, including the famous Mammoth Hotel built over the old terrace formation called Hotel Terrace. Contour lines highlight the region's unique topography with elevation noted every 500 feet. A dashed line representing the Continental Divide winds its way through the park, while the red dashed lines mark roads. Creeks, rivers, and lakes are labeled, as are plateaus, gulches, and mountain peaks.

Yellowstone National Park, established by the U.S. Congress and signed into law by President Ulysses S. Grant on March 1, 1872, is America's first and most famous national park. The park occupies the northwestern corner of Wyoming but also includes parts of Montana and Idaho. Yellowstone is considered to be the world's first national park. Today a UNESCO World Heritage Site, the park is known for its incredible geothermal features, the most famous of which is the Old Faithful Geyser. Yellowstone's iconic geothermal activity is caused by a dormant supervolcano, the largest in North America, lying directly under the park. Yellowstone Lake, one of the largest high-elevation lakes on the continent, occupies the caldera's center. Yellowstone is also renowned for its wildlife, home to wolves, grizzly bear, elk, black bear, and America's largest wild bison herd. As one of the most popular national parks in the United States, millions visit Yellowstone annually to experience its mud pots, geysers, wildlife, and striking scenery.