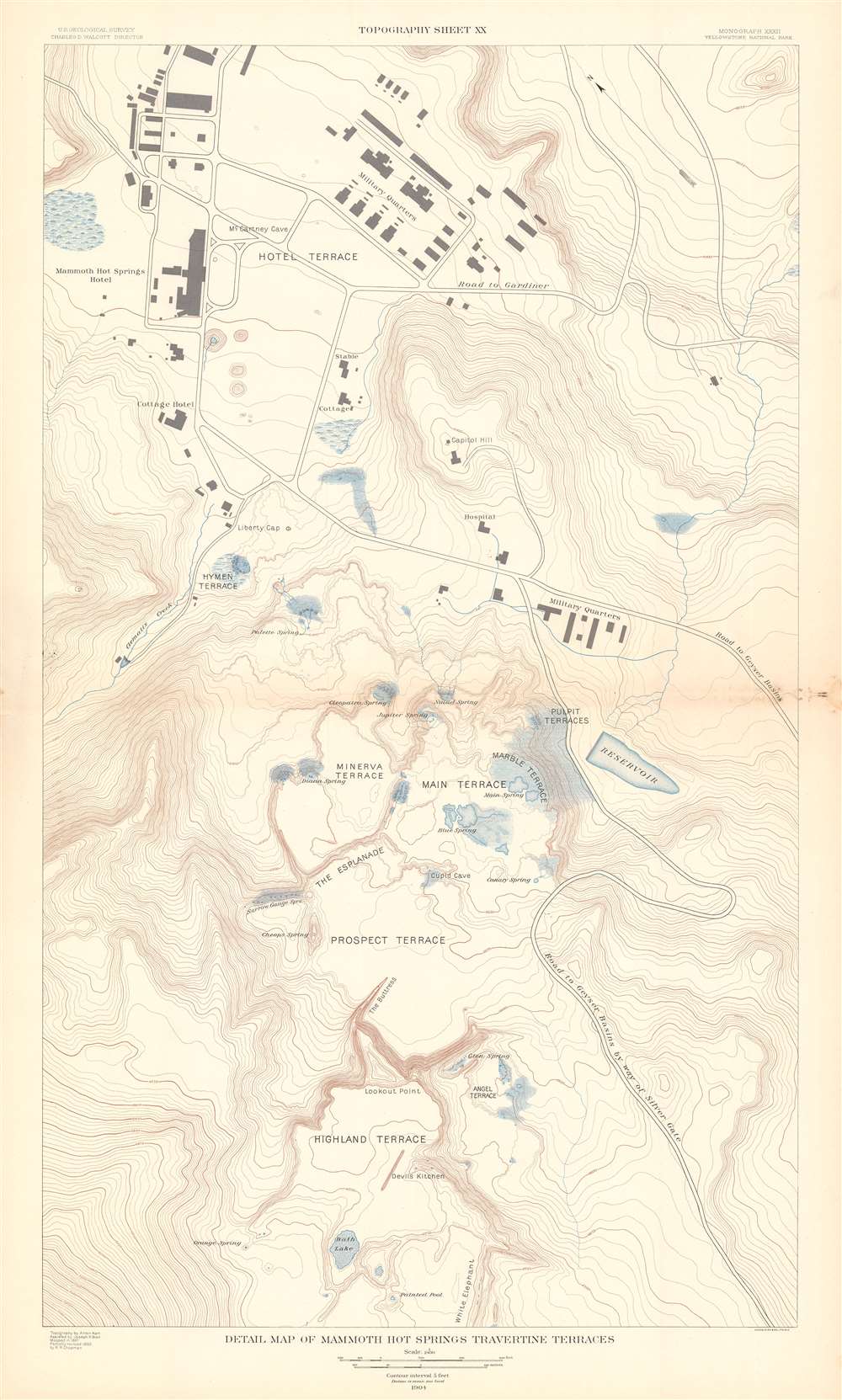 This is a 1904 Arnold Hague and U.S. Geological Survey topographic map of spectacular Mammoth Hot Springs Travertine Terraces of Yellowstone National Park, Wyoming. Centered on Cleopatra Spring in Minerva Terrace, the map depicts the Travertine Terraces from the Painted Pool on the White Elephant in Highland Terrace to McCartney Cave in Hotel Terrace. It also identifies Liberty Cap on Hymen Terrace. Contour lines highlight the region's unique topography with elevation noted every 500 feet. Roads and buildings are illustrated, including the Mammoth Hot Springs Hotel.