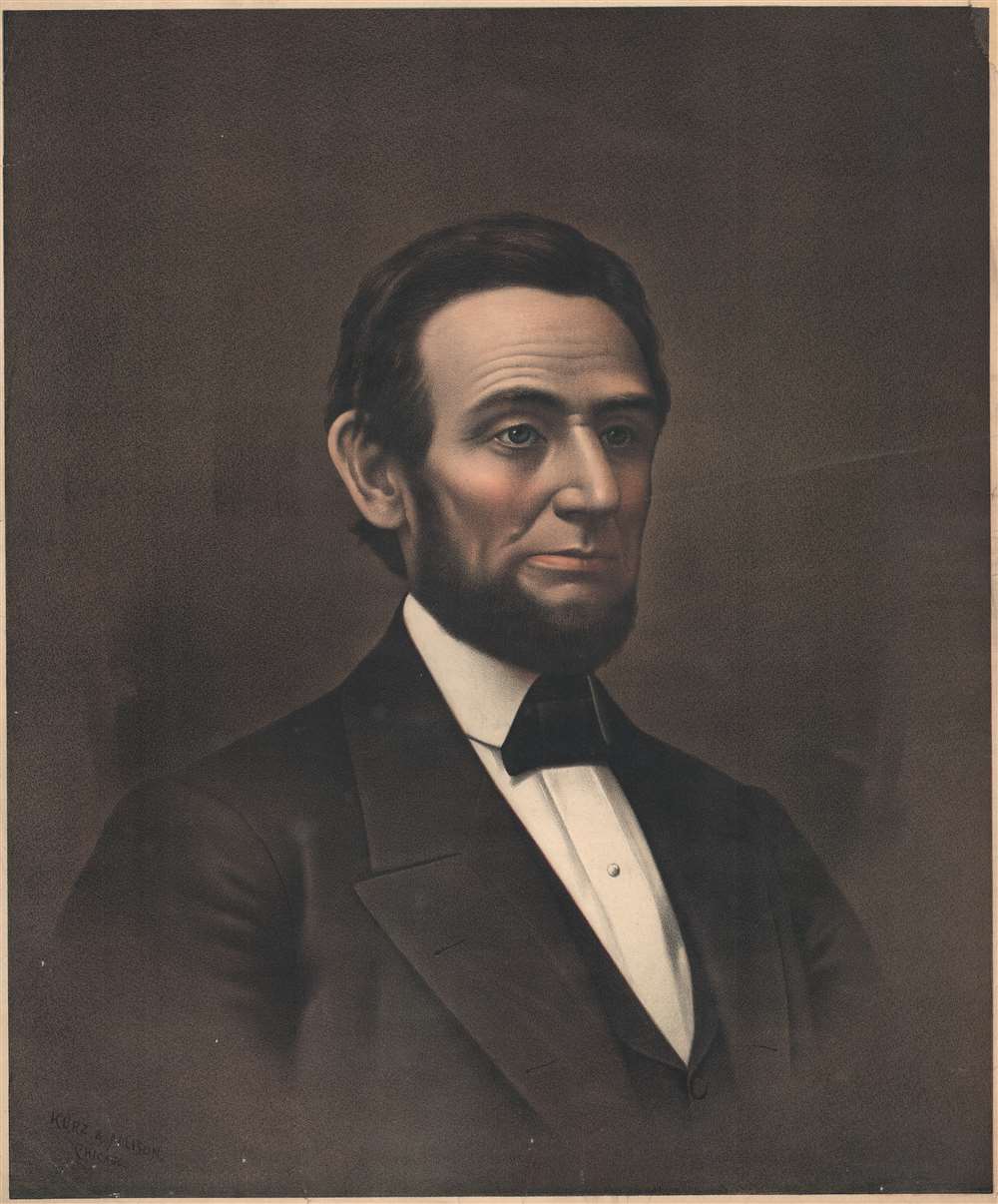 This is a large and stirring c. 1895 Louis Kurz and Alexander Allison chromolithograph portrait of Abraham Lincoln. Published thirty years after Lincoln's assassination, Kurz and Allison present the fallen American Civil War leader in a classic pose, thoughtfully staring into the distance wearing in his trademark black tuxedo.

This portrait was created and published by Kurz and Allison c. 1895. Kurz and Allison's publishing firm was based in Chicago, making the sale of a portrait of one of Illinois' most celebrated citizens a logical choice. We note only one cataloged example, at the Library of Congress, which is dated 1875. Given that Kurz and Allison's did not begin operations until 1880, making the 1875 date unlikely. We have located only two other instances when this portrait has appeared on the private market in recent years.

Library of Congress, The Alfred Whital Stern Collection of Lincolniana, Portfolio 12, no. 13.
Looking for a high-resolution scan of this?