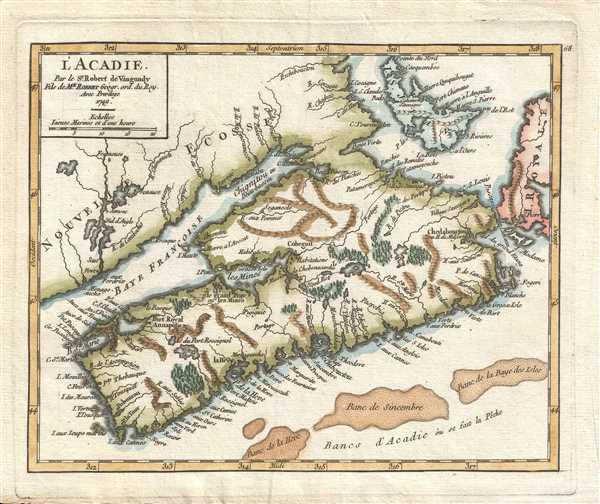 This is a hand colored 1749 Didier Robert de Vaugondy map of Nova Scotia, Canada. With Nova Scotia at its center, the map depicts from New Brunswick (Nouvelle Ecosse) to Cape Breton Island (Ile Royale). Towns and cities, including Port-Royal, are labeled, as well as myriad locations along the coast and several rivers.

The map illustrates the French colony of Acadia, which existed from 1605, when French settlers established Port-Royal until 1713, when the colony was lost to the British under the Treaty of Utrecht. However, Cape Breton Island (Ile Royale) remained a French possession. Following the British occupation, Port-Royal became Annapolis and the capital was eventually moved to Halifax.