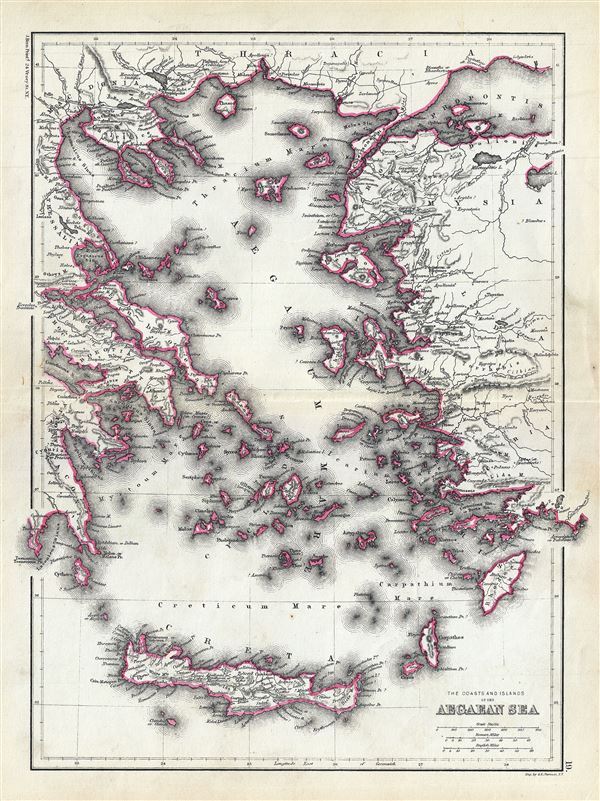 This is an unusual 1867 map of the islands of the Aegean Sea and the Greek Archipelago, by William Hughes. The map covers the Greek Isles from Thrace south as far as Crete and from the Gulf of Corinth east as far as Lake Ulubat in modern day Turkey. Includes the island of Euboea, originally believed to be a part of the mainland until it was separated by an earthquake and is the second largest island in Greece after Crete. The Cyclades, the Sporades, the Ionian Islands and several other Greek Islands are noted. This map was created by William Hughes, printed by J. Bien and engraved by G.E. Sherman, for issued as plate 19 in Sheldon and Company's An Atlas of Classical Geography.