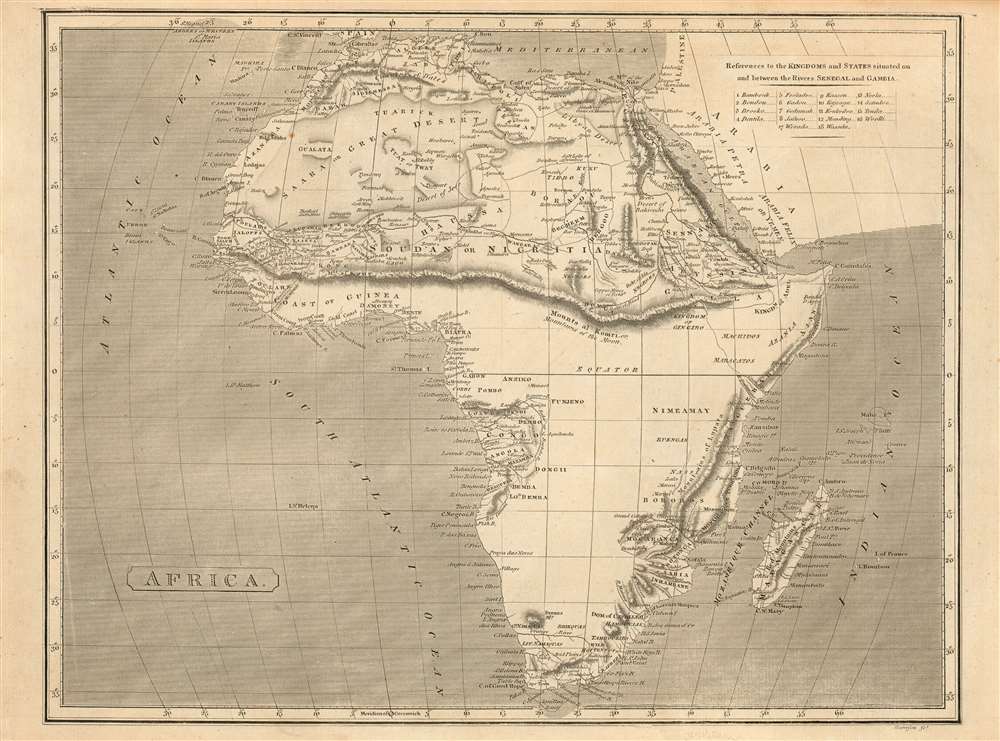 The African Continent on the Eve of the Scramble for Africa

This fascinating 1802 Arrowsmith map of Africa shows the results of first African expeditions of Scottish explorer Mungo Park, contrasting these with the vast expanses of Africa of which Europeans remained utterly ignorant. Virtually all of the information in this map pertaining to Western Africa reflects Park's 1795-97 exploration up the Gambia, into the interior, and along the Niger River. Park hard presumed the Niger to have its headwaters in a mountain range separating the Gold, Ivory and Slave coasts from north Africa: this mythical range, the Mountains of Kong, are shown here prominently; they extend eastward and connect with the equally mythical Mountains of the Moon, which were presumed by Ptolemy, and virtually every cartographer until well into the 19th century, to be the location of the source of the Nile.

This map appears to be rare; at any rate, it is scarce on the market and is neglected in institutional collections, with OCLC revealing examples only in New York Public Library and Princeton University. Arrowsmith produced a similar map entirely re-engraved and published by Longman in 1807.