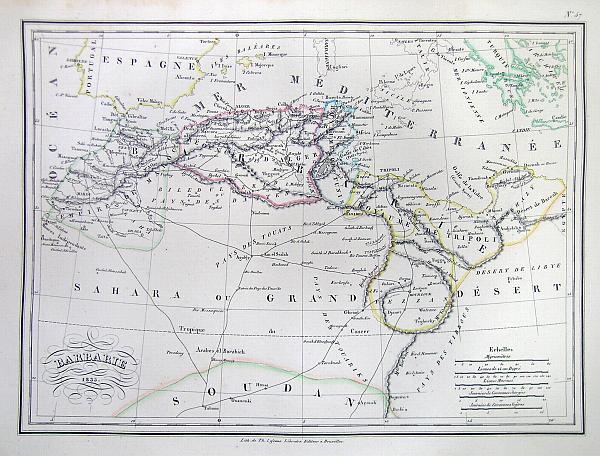 This is a beautiful 1833 hand colored map of Northern Africa and the Mediterranean – the region known as Barbary. Includes much of the Sahara along with good deatial on the ancient caravan routes between Fezzan, Morocco and points south. All text is in French.