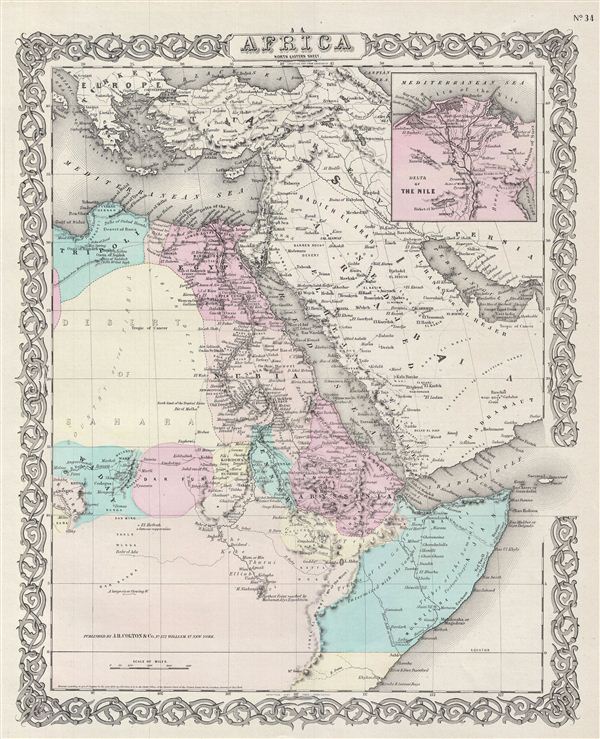 One of the earliest American maps to identify Mt. Kenya.
$150.00

A beautiful 1855 first edition example of Colton's map of north eastern Africa. Like most of Colton's Africa maps, this map is derived from an earlier wall map of the world produced by Colton and D. Griffing Johnson. The map covers from the Mediterranean south as far as Mount Kenya, west as far as Tripoli, and east to include most of Arabia. An inset map in the upper right quadrant details the Nile Delta. The explorations of the Arab explorer Mohammad Ali in search of the source of the White Nile are noted. Colton also names numerous African tribes and nations throughout – though admittedly most of his information is outdated. The semi-apocryphal Mountains of the Moon, or Jebel el Kumert, speculative source of the White Nile, are shown running in an unusual speculative north-south configuration between Mt. Kenya and Abyssinia – in fact Mt. Kenya is identified as part of this range. This is one of the first American maps to depict Mt. Kenya, first sighted by western explorers in 1849, just a few years.